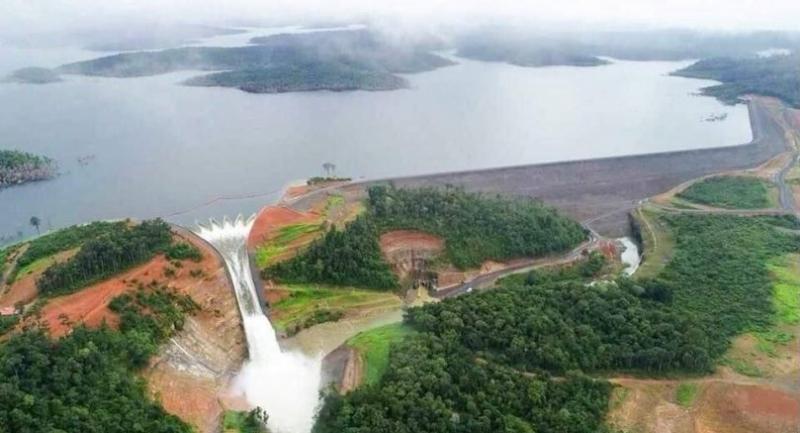 The deputy chief of the Laos National Investigation Committee, Singped Bunsawantipan, revealed on Tuesday that investigation showed that the dam had not collapsed due to extraordinarily heavy rain as previously suspected, but due to sub-standard construction.

Singped said the investigation, conducted by an independent group from Switzerland, had noted that heavy rainfall had rapidly filled regional reservoirs, but the Xe Pian-Xe Namnoy dam was not yet full and water levels were below critical point when Saddle Dam D collapsed on July 23.

The report concluded that the high-water level did not damage the dam, he said, but rather there was a problem with the dam’s foundation because the earth at its core was porous and could easily absorb water. When the dam began storing water, shortly before the failure of the Saddle Dam D, the earth foundation began to erode and finally collapsed.

The sudden failure of Xe Pian-Xe Namnoy dam triggered a flash flood with high waves, which tore down everything in its path to the Xe Pian River, completely destroying six villages downstream, killing more than 40 people and displacing thousands of others.

“Results of the independent study share exactly the same findings as the research by Stanford University, which also questioned the poor design of the dam and geological conditions,” Worawan said.

“This report’s findings further highlight the urgency for foreign investors in this project, including Ratchaburi Electricity Generating Holding [RATCH] from Thailand, to pay compensation in full to all those affected by this preventable tragic incident.”

However, the South Korea-based co-owner of the project, SK Engineering and Construction (SK E&C), which had conducted its own investigation, protested the report, claiming that the conclusions were not based on scientific proof.

The Xe Pian-Xe Namnoy hydropower dam is a US$1.2 billion (Bt38.2 billion) joint venture between South Korean and Thai investors. They are SK E&C, Korea Western Power and RATCH, along with Lao Holding State Enterprise.

It was intended to generate 410 megawatt of electricity, with 90 per cent of the power destined for sale to Thailand.