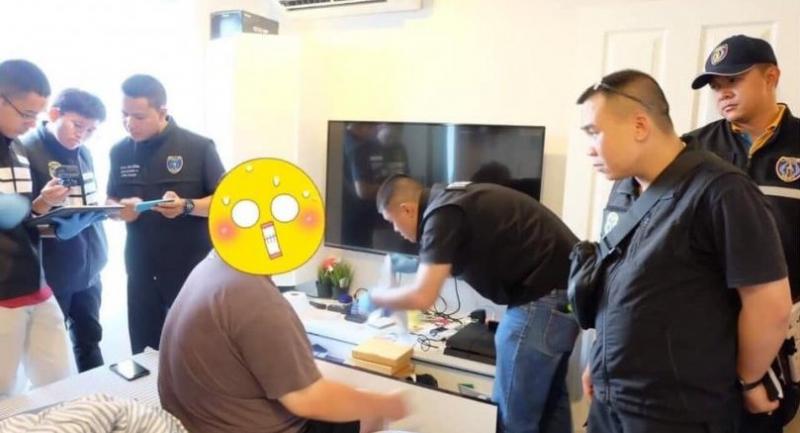 Police are looking to arrest accomplices of a television show production assistant following his arrest for allegedly luring and blackmailing women via a bogus Facebook page with nude pictures and video clips, which he was allegedly selling on the Internet for years.

Police filed seven charges against producer assistant and graphic designer Kamonsak Chanthasing, who worked at a popular television station. Computer equipment and a large number of incriminating video clips were seized from his condominium in Bangkok’s Thon Buri district on June 5. Of his victims, at least two were aged under 18. The case follows complaints filed with specialist officers at the Royal Thai Police’s TICAC (Thailand’s Internet Crimes Against Children Taskforce) and TACTICS (Thailand’s Action Taskforce for Information Technology Crime Suppression) that Kamonsak faked his identity as modelling agent by creating a Facebook page with the image of a beautiful Thai woman. He used this pretence to befriend the victims who worked as or wished to work as product presenters, commonly known as “pretties”. He then convinced them to take and submit “sample” nude video clips for “casting for jobs in the Thai TV and film entertainment industry” and he promised to pay them thousands or tens of thousands of baht for such photos and clips. Once he got the materials, he blocked the victims’ access to his Facebook page and allegedly sold the material on the Dark Web.

Some victims were also blackmailed into submitting more obscene video clips, as he threatened to release the previously submitted clips on the Internet, police said. As he had a large stock of such materials and large sums of money were deposited and taken out of his bank accounts, police suspected that he had been doing this for years. Investigations are ongoing to arrest his accomplices.