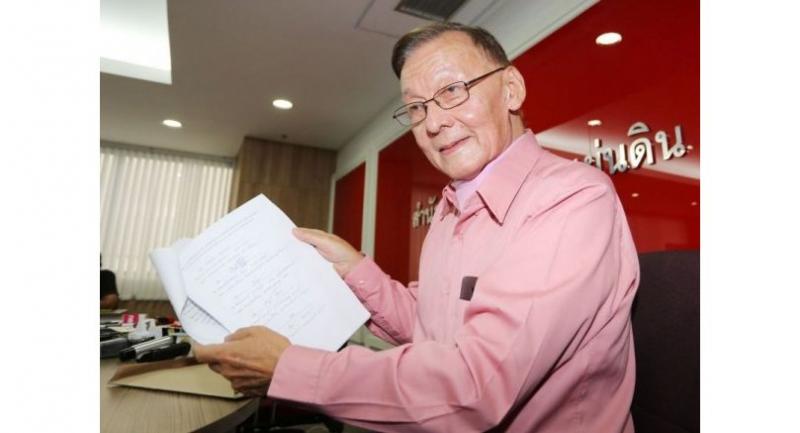 Twenty-three civilian groups have prepared to submit at least 10,000 signatures to the Parliament as part of their attempt to revoke the junta’s orders issued under Article 44.

The groups were led by Jon Ungphakorn, director of the Internet for People’s Laws Project or iLaw.

The orders remain in place after the general election in March although the country is about to have a new government.

The junta that took power in 2014 has occasionally issued orders under the article, providing absolute power.

Yingcheep Atchanon, manager of iLaw, told reporters that the campaign has more than 13,400 signatures on its petition that will officially be submitted to the Parliament on June 24.

The network will host a campaign this Sunday to solicit more signatures at Thammasat University between 12.30pm and 5.30pm.

It planned to invite representatives of seven political parties in the opposition bloc to join the campaign.