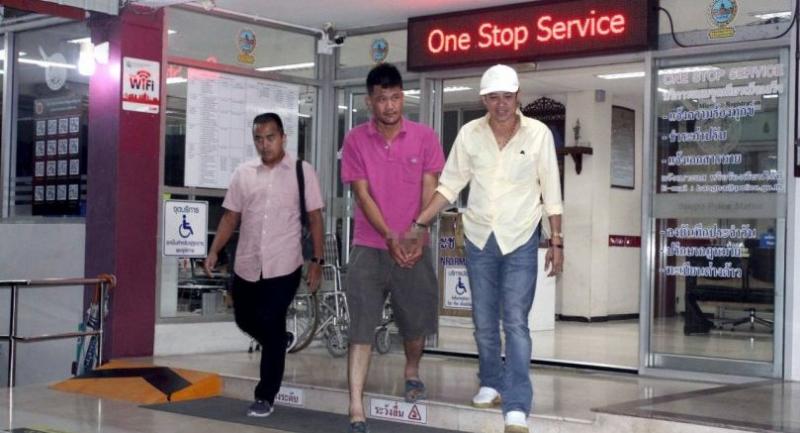 The head of a taxi-motorcycle stand surrendered to the police on Thursday over allegations that he led his stand’s members in a fatal brawl over a business conflict.

The fight broke out last Saturday near Udomsuk BTS station in Bangkok, resulting in two deaths. The court has issued arrest warrants for seven suspects in the case. All are now in detention.

Pramuk is charged with colluding to kill others, unlicensed possession of guns and ammunition, unlicensed carrying of guns, firing guns without any sound reason and illegal gathering of more than 10 people for criminal purposes.

As he walked into the police station, Pramuk wore a face mask.

He was the last suspect to come to detention.

Others were arrested earlier, the latest one being Wanchai Mongkhonkem who allegedly opened fire during the fight and was arrested on Wednesday night.