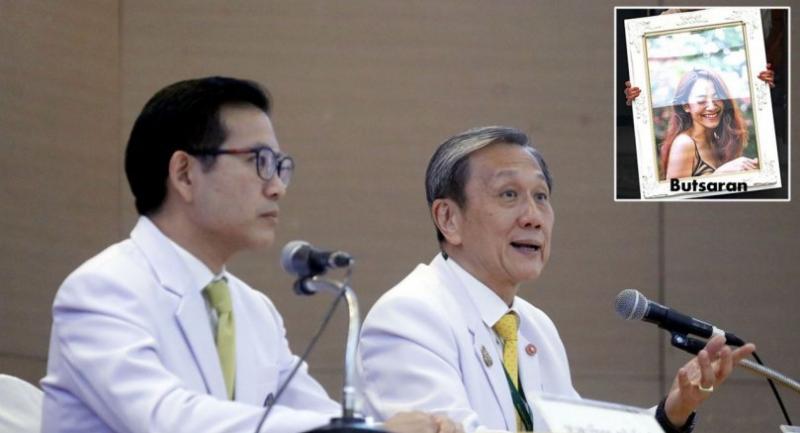 The singer-cum-actress who seemed perfectly healthy until shortly before her death on June 14 had succumbed to a rare form of tuberculosis, a detailed examination by the Siriraj Hospital reveals.

Butsaran Thongchio, widely known as “Numtarn The Star”, started bleeding from her nose and mouth while at home in Samut Sakhon province on June 11. Although she was rushed to a nearby hospital and later admitted to Siriraj, one of the country’s best hospitals, Butsaran passed away just four days later at the age of 28.

“A tissue from her nasal cavity had unusual colour. So, we collected it for examination with permission from her family,” Professor Dr Prasit Watanapa said on Thursday in his capacity as the dean of the Mahidol University’s Faculty of Medicine Siriraj Hospital. “Now, the result confirms that she tested positive for tuberculosis.”

The examination used a polymerase chain reaction technique to check for DNA traces of tuberculosis.

Prasit explained that, contrary to widespread beliefs, tuberculosis is able to develop outside the lungs.

Statistics show 80,000 Thais came down with tuberculosis in 2017. Of them, 83 had TB-infected lungs, while the remainder had the bacteria in other parts of their bodies.

Of the non-lung TB cases, just one per cent happened behind the patient’s nasal cavity. Prasit said medical journals throughout the world reported that one-third of people hosting tuberculosis behind their nasal cavities did not have any symptom at all.

In other cases, the disease triggered symptoms, including enlarged lymph node around the neck and a lump behind the nasal cavity.

Prasit said from Butsaran’s case, people should understand that tuberculosis remains a threat in Thailand and that the disease could hit anyone, regardless of their age and sex.

“An annual check-up is recommended. If any abnormality is detected, check further to identify the cause,” he said.

The prominent doctor also emphasised that if people noticed abnormal symptoms, such as weight loss without any clear reason, a low fever, a lack of appetite or a lump in their body, they should go to a doctor.

The Siriraj Hospital’s hopes that its pursuit to identify the cause of Butsaran’s death will clear lingering public doubts about how a young woman with perceived good health could succumb so fast to an acute illness that showed few symptoms.