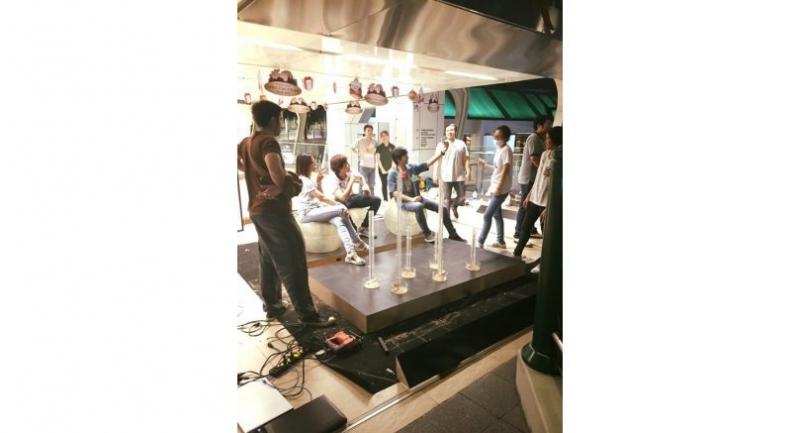 The educational sector needs to quickly adapt to changing times, so its human capital can keep up with the world

LIKE IT or not, technology has already brought about disruption in education, changing the way humans learn, live and work.

Thailand, therefore, needs to adapt quickly and efficiently. Otherwise, millions of its citizens – young and old alike – will suffer the consequences.

“Let me tell you that disruption is rapidly changing the world we are living in,” Nicha Pittayapongsakorn, a researcher at the Thailand Development Research Institute, commented the other day. “We must understand it and explore ways for mutual co-existence.”

Her exhortation comes, as children in towns are educated with the help of technology, reading from tablets and sending their homework electronically. But in other parts of the country, thousands of children still trek across hills and valleys to reach their schools that are more often than not barely equipped. They have no access to the internet and the data it can offer.

“Some people will emerge as winners as they can ride the growing wave of technology. But many others will lose out and become losers,” Nicha warned. “Think about their job insecurity, irregular incomes and risks their families have to endure.”

Automation and artificial intelligence (AI) have already started replacing humans at so many workplaces. The McKinsey Global Institute estimates that up to 30 per cent of work hours globally could be automated by 2030.

The fact that fast-evolving technology has changed the way people learn underlines the serious need for the educational sector to change the way it teaches, and focus more on producing graduates that the labour market wants.

Having graduates whose skills are not in demand will only drive up unemployment and lead to many other social problems.

According to McKinsey Global Institute, between 400 million and 800 million individuals globally will be replaced by automation by 2030 and will need to find new jobs.

Nicha emphasised that Thailand’s educational sector must move towards a new system, whereby a new curriculum, a new teaching approach and new attitudes must come to play.

“It’s going to take massive effort from everybody, including teachers, parents and others,” she said, adding that people in society should not wait for the government to help, because relying only on government guidance and support could lead to delays.

Deputy Education Minister Udom Kachintorn has long warned that universities should not wait for government help because their survival, in the face of disruptive technology, relied more on how well they adapt. By his estimates, the impact of the disruption will only be clearly visible in the next four years particularly in light of Thailand’s falling birth rate.

While trusting that the Independent Committee for Education Reform (ICER) and other relevant educational authorities were aware of the challenges facing the educational sector, Nicha feels they face an uphill task.

“It’s undeniable that while technological disruption has already started spreading, so many Thais still have no access to necessary IT tools,” she pointed out.

She added that while the authorities recognise the need to equip children with 21st century skills – such as creative thinking, creativity and imagination, problem solving, collaboration and teamwork – not many have a clear idea about how to accomplish this goal.

“How are we assessing children’s creativity and critical thinking now that they are part of learning goals?” she asked.

In the eyes of Chulalongkorn University lecturer Athapol Anunthavorasakul, Thailand needs to rethink its approach to educational matters.

“It’s not wrong that we have copied educational policies of other countries. But just copying them without proper application and understanding is not efficient,” he said.

“By the late 1990s, the US educational traps became visible. That’s when we, like the US, began looking for new approaches,” Athapol said.

“While we have copied their patterns, we have failed to get their essence,” Athapol said.

He pointed out that Estonia has already improved its education to a remarkable extent because it had got the essence of the Finnish and some other European educational models.

“When education is good, so is the economy,” he added.

Athapol said Finland has invested heavily in education because it focused on producing quality human resources. “If a country leaves children underdeveloped, the country will have to pay to take care of them for the rest of their lives,” he quipped.

To ensure quality education, he also emphasised that Thailand must introduce solid teacher-education policies. Marilyn Cochran-Smith, a prominent US professor in teacher education, explains that education faculties should understand that the country’s economic security depends on the “human capital” of the next generation. Policies ensuring the quality of teachers will not just improve the teacher-education programme, but will also, at the very least, ensure school outcomes and economic health.

In Athapol’s view, Thailand needs to focus on two key concepts – integration of efforts for the country’s educational sector and decentralisation.

“Let’s make good use of technology,” he concluded.

Today, the number of online classes and education-related technology are on the rise in Thailand, like in many parts of the world.

Nicha’s concern, however, is that technology evolves too fast and Thailand’s educational sector moves too slow. “We may think about teaching coding to children today. But foresight suggests that newer technology will soon become more relevant,” she said, adding that educators need to teach children to be practical.

“It’s also important that Thailand’s education system should not be changed simply to respond to changing technology. Thai education should change to address social issues as well,” she said. “Our students, for example, should be taught as to how knowledge and existing technologies can be applied to solve problems in their communities and society.”

The challenges for Thailand’s educational sector in the face of disruptive technology are aplenty. But there is still hope that if all parties integrate their efforts, technological transformation may eventually trigger a better difference for Thai education. Thai parents, after all, have already showed growing awareness of the importance of education, with many now determined to support their children’s education to the end and the Thai government firmly implementing the policy of providing 12 years of free education. Student loans and scholarships are also widely available these days and there are more ways than ever for people to learn.