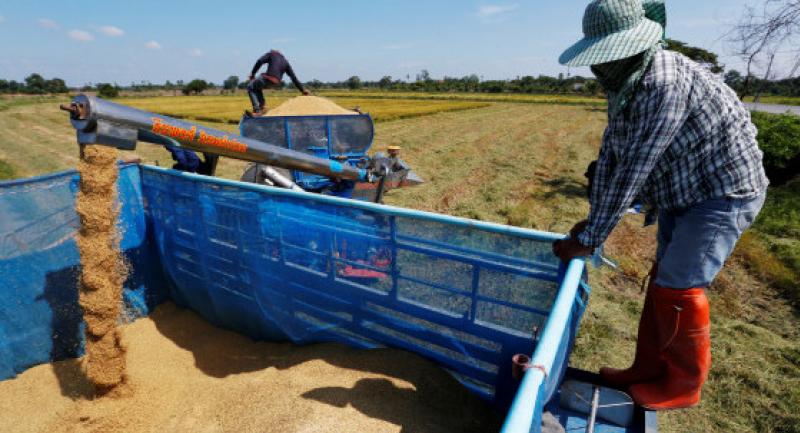 Amid raft of measures to stop paddy prices from falling, academics warn they will not help farmers.

THE GOVERNMENT’S rescue package with its “granary-pledging scheme” will not help rice farmers or substantially lift rice prices, academics have warned.

Authorities have said they would also implement additional measures to boost rice trade in the domestic and international markets.

The criticism from agricultural economics experts followed the Rice Policy Management Committee’s announcement of the subsidy in response to low paddy prices.

The government has allocated Bt55.9 billion to pay Hom Mali, or jasmine, paddy farmers up to Bt13,000 per tonne to encourage them to store paddy during the harvest season and prevent oversupply in the market.

The Faculty of Economics dean at Rangsit University, Anusorn Tamajai, said the subsidy scheme had many weaknesses, including that it would be hard to inspect, it would be vulnerable to corruption, and many farmers did not have granaries.

“This subsidy programme requires farmers to have their own granaries in order to receive government help, but many farmers do not meet this requirement. Also, farmers will have to keep their produce in their granaries, which is hard for authorities to inspect and it opens the way for corruption.”

The government’s granary-pledging scheme is intended to encourage farmers to store paddy in their own granaries for between three and six months until the prices improve, with the goal of keeping 2 million tonnes of paddy off the market.

Anusorn suggested that the government instead should apply a “rice-pledging scheme” as a short-term solution, which would guarantee that farmers earned enough income from their crops to maintain their livelihood.

“The previous rice-pledging scheme ensured an income of Bt94,579 for 345,000 poor farmers and an income of Bt405,937 for 269,000 middle-income farmers. With this income, our agricultural sector can sustainably grow and improve,” he said. The dean said that if the government decided on an alternative to rice-pledging, it should learn from past mistakes and not set prices too high, include every type and quality of rice, and strictly inspect the process to prevent corruption.

Meanwhile, former prime minister Abhisit Vejjajiva suggested that the government should learn from the past and implement a rice price insurance policy instead.

“I understand that the government has to come out with this policy because it is an urgent matter. I think the price insurance policy should be easier to implement, because the farmers will get a profit commensurate with their capital and the government will not have to manage the rice stocks,” Abhisit said.

He also warned that they should be cautious when implementing their policy, because we’ve had expensive lessons in the past.

To drive up the market price, the Commerce Ministry has set up 20 missions to promote rice sales in overseas markets, while also urging corporations and other private enterprises to buy rice and distribute it as gifts.

Commerce Minister Apiradi Tantraporn said that besides subsidy measures, the government would promote the consumption of rice and conduct marketing campaigns to increase demand.

The multiple measures should prevent prices from falling too much during the harvest season, Apiradi said.

The ministry has joined hands with the Thai General Assurance Association for the association to buy 25,000 tonnes of Hom Mali rice, which will be given away to its customers as presents during New Year celebrations.

The ministry is also cooperating with community enterprises in provinces where Hom Mali rice is grown, including Ubol Ratchathani, Si Sa Ket, Buri Ram, Surin, Yasothon and Roi Et, to polish and package rice that could be sold directly to consumers. The measure, which will start on November 15 and continue until December 31, is supported by the Thai Rice Exporters Association.

The Commerce Ministry is also working with modern retailers such as the UK-based Tesco to encourage sales of Thai rice at their 6,900 outlets worldwide, Apiradi said.

Vallop Manathanya, vice president of the Thai Rice Exporters Association, said association members had collectively purchased 200,000 tonnes of Hom Mali rice at prices higher than the current market price of Bt18 to Bt20 per kilogram, which would be stored over the harvest season. Each member is supposed to purchase 1,000 tonnes of rice for storage.