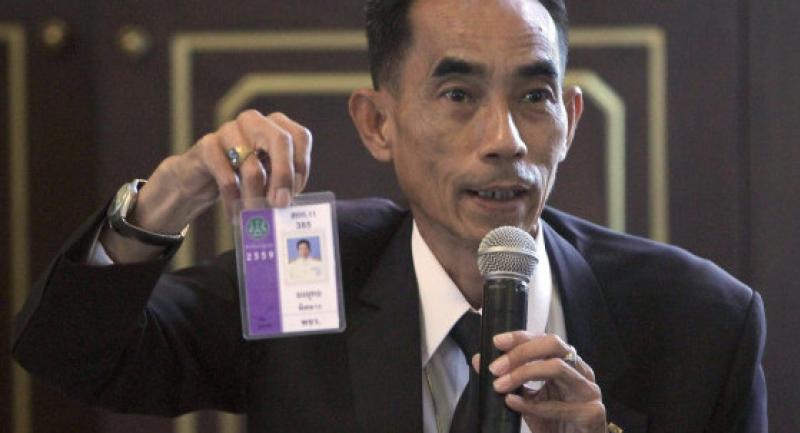 THE Government spokesman’s team met with reporters yesterday to clarify more stringent security measures at the compound, which will affect their work. The officials said there was a need for tighter security at the venue.

Deputy Government Spokesman Lt-Gen Werachon Sukondhapa-tipak, who spoke to more than |two dozen reporters from major media agencies, explained that Government House needed to be guarded by systematic measures on a regular basis.

He said the new measures were not in response to any threat, apparently trying to downplay ongoing speculation over the tighter controls.

While Prime Minister General Prayut Chan-o-cha noted that Government House should be accessible so people could file petitions there, the spokesman’s team has been attempting to organise flows of regular visitors to the compound, such as reporters and civil servants.

The new measures for reporters will mean they have to re-register, with them having to return their media cards in exchange for temporary cards. They will also have to contact the Government House office before interviewing any |officials, and enter the compound through a specific gate.

Any reporter who loses a temporary card should immediately report the loss to police, in an attempt to avoid counterfeit cards.

Reporters were also told that they would be allowed to only enter |certain facilities, as some areas were reserved for the PM and official guests.

Other concerns would be sorted out in time, reporters were told.

But reporters have cast doubts over the measures’ efficiency in practice. For instance, they said that the re-registering process required reporters to exchange their old ID cards for temporary, unspecified cards before new electronic ID cards are issued.

They warned that the temporary cards would be easy to copy, and could be used by anyone.

Reporters will also be required to submit endorsement letters from their organisations to get credentials to report at Government House – a move designed to weed out |freelance reporters.

That means veteran journalist Yuwadee Thanyasiri has been barred from reporting at Government House since Tuesday. Yuwadee, known for firing hard questions at Prayut, is so far the only journalist barred under the new measures.

Many reporters, who had been accustomed to the convenience of working at the compound, are also irked by having to inform the spokesman’s team before interviewing any officials.

This would make it harder for them to conduct exclusive, secret interviews, they said.

He told The Nation on Tuesday, after the weekly press briefing, that the re-registration of reporters at Government House was announced at short notice because of a technical error within the Office of Government House.

That resulted in reporters not being informed of the move before it was implemented, he said.

“But there’s nothing impromptu about this. We discussed this measure several times,” Sansern said.

“But I can’t address all practical errors since I am responsible for only policy.”

Another official said: “For now, we trust our security guards. They recognise all familiar faces at the Government House and there should not be a problem with it.”