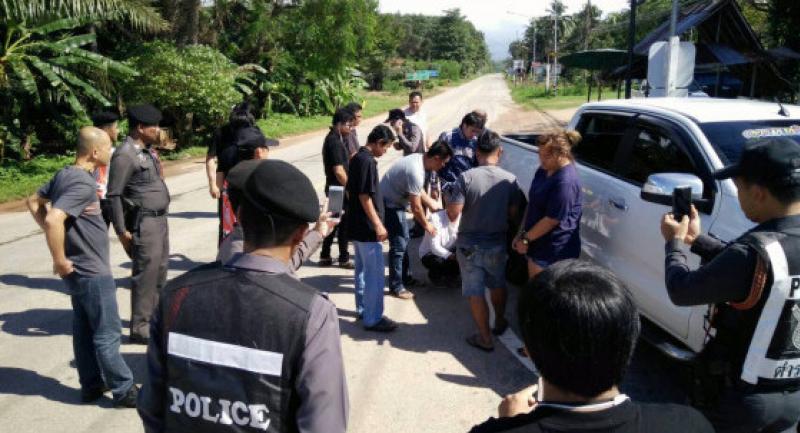 THREE drug suspects were arrested along with 236,000 “yaba” pills and 12 kilograms of crystal meth or “ice” in Chumphon’s Pathiu district and in Hat Yai, the Narcotics Suppression Bureau announced yesterday.

Officers monitored the route until they spotted two cars on Highway 3253 in Pathiu and found the drugs hidden under the backseats and a gas tank of the pickup that Anon drove while also capturing the other car that Maneewan drove to lead the way.

Anon confessed to police that he was supposed to deliver the narcotics to an accomplice in Songkhla, so police arrested his accomplice Kittisak, at a hotel parking lot in Hat Yai. Police filed charges of having narcotics in possession with intent to sell and drug trafficking against the three suspects.

In a separate drug bust in Phuket, police announced the arrest on Thursday of suspect Papawadi Yuanset, 21, along with 48,700 “yaba” pills worth Bt4.8 million while her two accomplices fled. Thalang superintendent Pol Colonel Sompong Tip-apakul said Papawadi, who was released from jail for a drug offence a year ago, claimed the drugs belonged to Adisak Homhuan, who was wanted for drug dealing and gun offences, but managed to flee the scene along with another man named Pai.