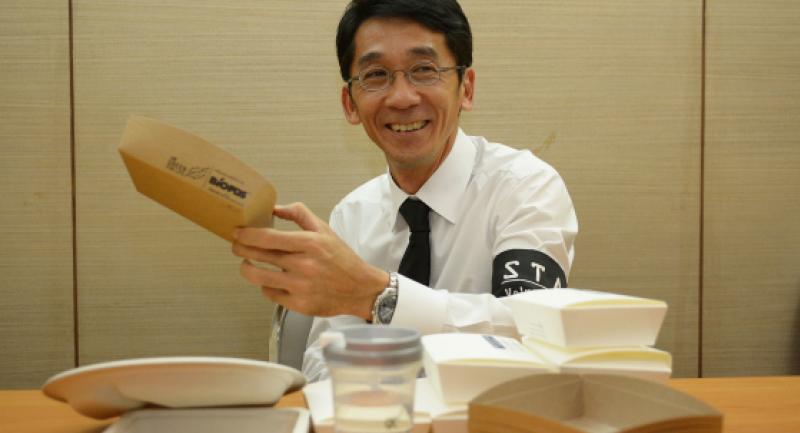 STYROFOAM waste will be cleared from Sanam Luang before December 5, the late King’s birthday, Volunteers for Dad director Prinya Thaewanarumitkul has said.

Prinya said the Volunteers for Dad centre had cooperated with the Bangkok Metropolitan Administration (BMA)’s Environment Department to set up 11 waste separation points across Sanam Luang since October 19 to reduce 80 per cent of waste left by mourners seeking to pay respects to King Bhumibol.

“We will move to a second measure to reduce the amount of waste, most of which is containers made of foam that are hard to dispose of. Foam containers must be banned before December 5,” he said, adding that private companies would donate a large supply of containers to be used instead of disposable ones.

If the number of donated containers was not sufficient, Prinya said the firms would sell additional containers to visitors at a special price.

He said a third measure to try |to stop more waste from being created would be to urge visitors to bring their own utensils and water containers from home, which would be filled with free food and water at service points.

“We will distribute glasses, which have the Thai digit for the number ‘9’ and royal quotes printed on them, to mourners at service points and we will cooperate with food-service points to prepare adequate drinking water for them,” Prinya said.

Suwanna Jungrungrueng, director of the BMA’s Department of Environment, said about 76 tonnes of waste was left near Sanam Luang each day by the large crowd of mourners seeking to pay their respects to the King.

“About 35 per cent of the waste remaining was food scraps, which some visitors asked for to feed to their pigs. That caused the amount [of waste] to decrease. And the foam waste also plunged to 5 per cent, while paper food-wrappers increased 8 per cent after we urged people not to use foam containers,” she said.

Suwanna said the BMA would talk with people staffing food-service points every two weeks to schedule food distribution timings and urge people to use biodegradable containers.