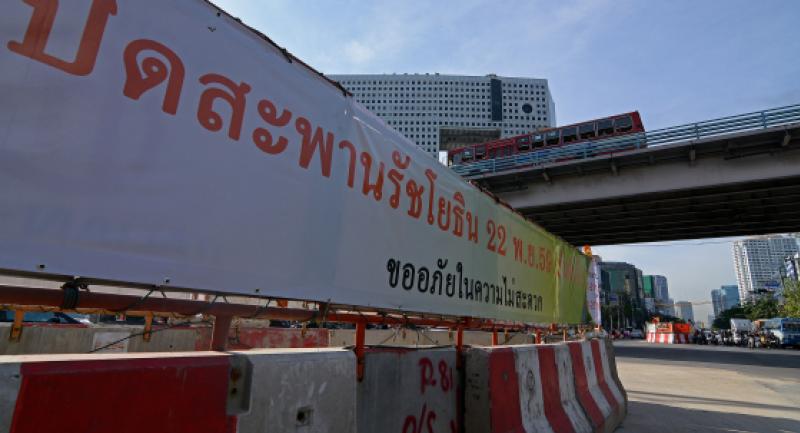 MOTORISTS WERE advised to take detour routes as the Ratchayothin flyover will be closed next week and dismantled by the end of November to make way for construction of the Green Line BTS skytrain track.

The flyover will be closed during a test session on Tuesday and Wednesday from 10am to 3pm and on Thursday and Friday from 8am to 5pm. It will be closed for demolition the next day.

Assistant commissioner of the Metropolitan Police Bureau Pol Lt-General Witthaya Prayongpant said traffic around Ratchayothin intersection would be more heavily congested after the flyover is closed.

Motorists heading straight will have to wait for a traffic light at the intersection instead of crossing the flyover.

“We will ease the heavier traffic congestion by adding one more lane, from two to three lanes, and shortening the duration of the red light,” Witthaya said.

He added that motorists could take detour routes to avoid the expected traffic jam.

The flyover will be replaced by a tunnel under the intersection with construction expected to be completed by February 2019.

The Mass Rapid Transit Authority of Thailand (MRTA) posted a message on its website saying the existing flyover would obstruct the construction of new flyover on Paholyothin Road.

The message added that a new flyover would have to be five metres higher with a longer ramp, which would obstruct the construction of Green Line train stations Paholyothin 24 and Ratchayothin.