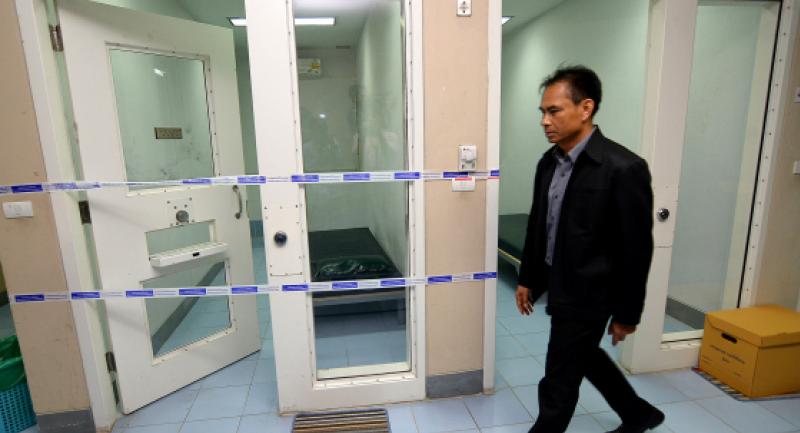 Public prosecutors last week submitted an autopsy report to the Criminal Court for former land official Tawatchai Anukul, who died on August 30 while in the custody of the Department of Special Investigation (DSI), a source at the Office of the Attorney-General said yesterday.

Another source reported that Tawatchai had died from internal bleeding, a ruptured liver caused by blunt force trauma, and asphyxiation.

On October 28, Thung Song Hong police submitted to the prosecutor four files that make up the autopsy report, X-rays and the investigators’ opinion that “Tawatchai’s death had been caused by another person”.

Tawatchai had been under investigation after complaints were filed regarding the issuing of deeds for more than 1,000 plots of state land in Phuket, which were allegedly illegally registered. As the probe was ongoing, Tawatchai was transferred to the Phang Nga Provincial Land Department, after which his successor in Phuket was abducted and found shot dead.

DSI officers had arrested Tawatchai in Nonthaburi in late August, but he was found dead in a detention cell a day later. DSI officials initially said he had hanged himself.