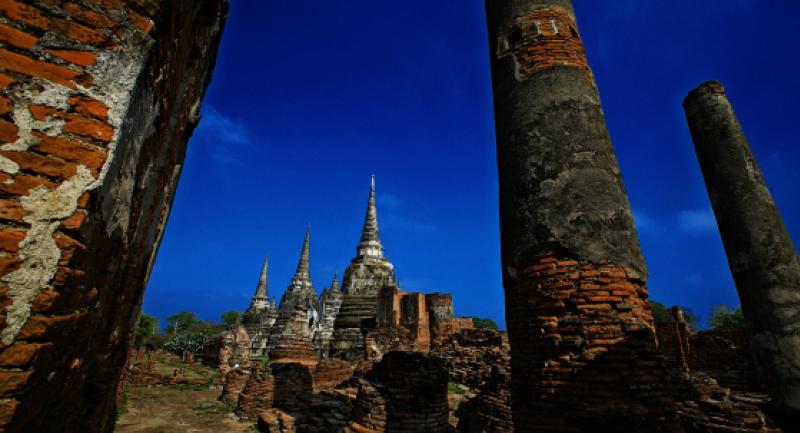 THE NATIONAL committee on the World Heritage Convention will draft new regulations to control urban expansion inside the Ayutthaya Historical Park as well as promote Phra That Phanom in Nakhon Phanom as a new world heritage site.

The committee, which is led by Deputy Prime Minister General Prawit Wongsuwon, met at the Office of Natural Resources and Environmental Policy and Planning yesterday to discuss the issue of managing world heritage sites in Thailand.

On the agenda were seeking solutions to improve and regulate the Ayutthaya Historical Park in line with the United Nations Educational, Scientific and Cultural Organisation (Unesco)’s suggestions and adding Phra That Phanom to a tentative list to be proposed as a new world heritage site in future.

Culture Minister Veera Rojpojanarat explained that the historical park in Ayutthaya had suffered a lot of damage from the 2011 flooding and had encountered numerous problems including improper repair of historical structures and unregulated expansion within the park. He said Unesco had raised many concerns about the management and regulation of the area.

“The main concern of regulating the historical park is that it is part of the city, so new regulations are required to restrict the construction of buildings in the area in terms of height, density and distance from historical sites,” Veera said.

“Unesco has provided us with six suggestions in improving the management of the Ayutthaya Historical Park and we are complying with the advice.”

The minister said Unesco’s key suggestions included the training of specialists to take care of the historical site, creating a new master plan to manage the park and relying on archaeologists for help.

As for repairing the damaged sites, he said the Fine Arts Department was working on fixing buildings that were improperly repaired after the 2011 floods.

All new repairs made to the Ayutthaya Historical Park will have to be reported to Unesco by next Thursday, so it can present the report at the 41st World Heritage Committee meeting next year.

As for nominating Phra That Phanom as a new world heritage site, Veera said the prominent pagoda in the Northeast has enough qualifications and can be added to the tentative list next year.

“The current Phra That Phanom pagoda is not original as the old one was destroyed in a storm 41 years ago, but we have observed that several world heritage sites such as the Sydney Opera House are also not very old,” he said.

“The pagoda meets the three qualifications set by Unesco, as it represents remarkable creativity of humanity, influences architectural development and has spiritual and historical importance.”

According to archaeological findings, Phra That Phanom dates back to before the 5th century, is 53 metres tall and was built following the traditional Lao architectural style, which has been used in many pagodas in the Northeast. It is deemed spiritually important by Buddhists in Thailand and Laos.