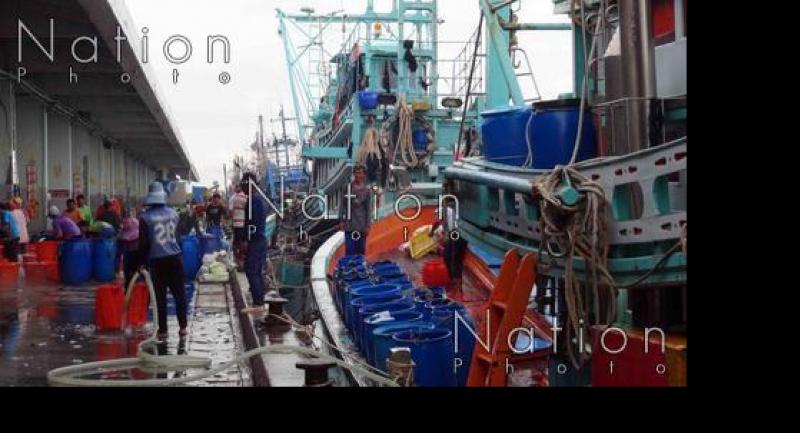 WHILE abrupt and forceful law enforcement may have helped counter abuse in the Thai fishery sector in recent years, it has also had ripple effects on the livelihood of individual fishermen.

Illegal practices in the fishing industry – from wrongful registration of vessels to overwork and serious violation of foreign workers’ rights – have been long watched by foreign observers like European Union and US officials monitoring trafficking and international labour laws.

With foreign governments able to sanction the Thai fishing industry, the ruling National Council for Peace and Order (NCPO) implemented measures to support the industry, given Thailand is the world’s third largest exporter of fish, but also struggling with the global economic slowdown.

The moves included the use of Article 44 under the interim charter, which gave the junta sweeping powers, to set up the Command Centre for Combating Illegal Fishing (CCIF) and to immediately ban local fishing traps deemed too harmful to small fish.

The US saw improvement in Thai efforts to counter trafficking after the crackdown on the smuggling of boat people and in June lifted Thailand’s rank from the lowest Tier 3 to Tier 2 Watchlist in the State Department’s Trafficking in Persons (TIP) report.

However, the EU still retained its “yellow card” against the Kingdom for a range of serious concerns over the fishing industry. A “red card” – if eventually imposed – would mean losing benefits with the EU, one of the biggest importers of Thai fish.

While authorities has been active in trying to overcome grave abuses within the fishing sector, civil society groups have voiced concern that abrupt use of laws will leave little room for workers to adapt, and thus force them to break other laws.

Sompong Srakaew, head of the Labour Rights Promotion Network Foundation (LPN), said the number of fishing boats that were suddenly banned caused fishermen to turn to work onshore despite not being legally permitted to do that.

“Onshore jobs give them more wages and are relatively safer,” Sompong said. “Dangerous conditions on ships also do not attract Thai workers and so employers turn to hire less-demanding, more-controllable alien workers,” he said.

Foreign workers, mostly from Myanmar and Cambodia, chose to work here given to the big market opportunity, said Kiriya Kulkolkarn, an economic academic from Thammasat University.

“They are driven by domestic conflicts in their countries, while Thailand also needs low-skilled labourers in sectors that Thais tend to ignore,” Kiriya said.

“As of July, there were around 2.9 million legal [foreign] workers here. Thailand has also worked on agreements with sending countries and there are improvements registration processes. Still, given to our long natural border, it’s hard to put an end to illegal migration,” she said.

The two experts spoke at a forum yesterday on the fishery sector, which was organised by the Thai Civil Rights and Investigative Journalism group and the Friedrich-Ebert-Stiftung (FES).

The event was also joined by the CCIF’s Rear Admiral Wannapon Klomkaew, who explained that the government’s moves ultimately aim to preserve marine resources for sustainable development.

“Our recent laws may be seen as ‘strong medicine’, yet were very effective when banning illegal fishing instruments,” Wannapon said. “But we also encouraged local fishermen to use legal traps and invited local entrepreneurs for their thoughts. We are also open to appeals from owners whose ships were banned.”

“But after all, we wish that eventually, normal law enforcers could carry out such tasks without the need of special laws,” he added.