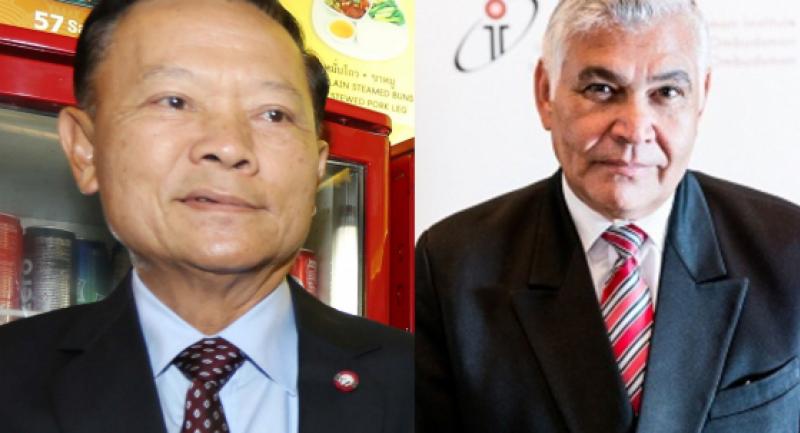 DESPITE the claims of some critics that Thailand has been isolated by the international community since the 2014 military coup, the country recently hosted a highly praised conference of ombudsmen from all over the world.

The 11th World Conference of the International Ombudsman Institute (IOI), held in Bangkok from November 13-19, drew more than 180 ombudsmen from more than 60 IOI member countries, under the theme “Evolution of Ombudsman”.

And the event was no free junket. Delegates to the conference had to be responsible for part of their own expenses, including airfares and accommodation.

At the closing ceremony, all key participants, including IOI president John Walters, praised the Thai hosts for their “extraordinary work”. They also said the country had set a very high standard for the country that will host the next conference in 2020.

However, Thailand’s Chief Ombudsman, General Viddhavat Rajatanun, admitted that preparations for the event had not been completely smooth.

Due the country being under military rule, some IOI members, particularly those from European nations, had expressed misgivings about the conference taking place in Bangkok, the Thai ombudsman told The Nation in an exclusive interview.

“Some IOI members from Europe were uncomfortable about the current political situation in Thailand. They expressed concerns over the selection of the independent agencies’ position-holders, including the Ombudsman, questioning the transparency. Especially as I am a military officer myself, they were concerned whether I was chosen based on my merits,” Viddhavat said.

However, he said the office was able to explain and give a reassurance about the independence of the office. Though the country was under an extraordinary rule, the junta actually issued an order in its first days that the independent agencies should proceed as normal, Viddhavat said.

While some may hold doubts about his background as a military officer, the ombudsman said that in the selection process, every candidate was reviewed and examined thoroughly. Viddhavat said he had explained to other IOI members that Thai ombudsmen had empirical evidence to prove their credentials and were free of the junta’s influence.

But that was not the only concern raised by fellow members of the Ombudsman Institute. Some were also critical of human rights issues in Thailand.

“Their concern was so serious. They said that because of the political and rights situation, this conference should not be held in Thailand,” Viddhavat said.

But because the office had been preparing for this opportunity for so long, it managed to create an understanding with the critics.

Viddhavat said the Thai ombudsman had explained to other members how the government had been working hard to tackling human rights issues in the country.

He cited the recent news that Thailand had been lifted to Tier 2 in the US Tracking In Persons (TIP) Report and said the government had put great effort into addressing human trafficking issues.

With regards to freedom of expression, Viddhavat said the government recently ended use of military courts for security cases. Those crimes were now tried in civilian courts, in line with international standards, he added.

“The explanation was well accepted by most IOI members and so we could continue to host this event,” the ombudsman said.

He said while some members may not have been completely happy, the Thai ombudsmen gained support from their international friends. Some of these issued a statement in solidarity with the Thais, saying the conference was about ombudsmen’s affairs and had no relation to the political situation in the country.

IOI president Walters, the ombudsman for Namibia in southwest Africa, confirmed to The Nation that there had been some opposition concerning the suitability of Bangkok hosting the conference. He said Thailand had been chosen because none of the previous 10 conferences had been held in Asia.

“It’s a good opportunity for Thailand and the IOI because we have never had a conference in Asia before. But more importantly, Thailand did very good in its presentation of why it should be chosen as the host this year,” he said.

Walters said while some members had been doubtful, he thought Thailand had proved to be a very good host and the Thai ombudsmen were also clear that the office was influence-free and could carry out its task in inspecting government affairs.

“We do not have any worries about the Thai ombudsman in that sense. Rather, we are more concerned about how the office could respond to complaints. But from the experience shared in the forum, it seems Thailand could do its job very well,” he said.

Walters said that the IOI would continue to support its Thai colleagues in remaining independent. If any regime interfered with their work, the institute would act and try to help restore the office’s independence.

Another interesting point about the conference was its theme – “Evolution of Ombudsman”.

Viddhavat said the theme was chosen by the secretariat office in Vienna. In the forum, each member took turns sharing experiences about how they evolved in their context.

As far as Thailand is concerned, the Thai ombudsman said that the office’s role had evolved.

“In the past, we examined only governmental affairs. We are the fourth in the balance of power besides the executive, the legislature, and the judiciary,” he said. “Now, with the advancement fostered by the new constitution, we are empowered to inspect also the country’s politicians.”

Under the new charter, Viddhavat said ombudsmen would have authority to set out standards of morality for politicians to follow, making it a hybrid institution that could help look into the political sphere. He said he believed this power would enable his office to help people more effectively.