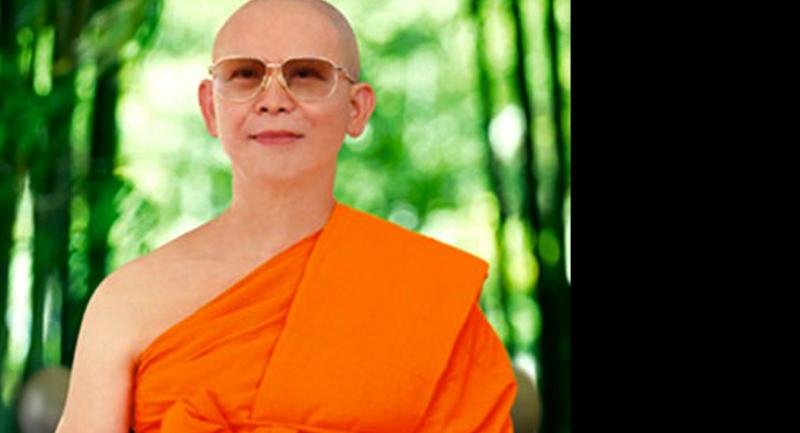 In response to a question about why the authorities could not just arrest the abbot, Prayut said the officers had to consider if such an operation would give rise to confrontation or injuries.

Instead, he said, the public should give the officers time to formulate a plan and decide on the right timing, instead of pressuring them.

“You should instead be pressuring the suspect to come out so others are not troubled or wounded. Come out to fight the legal battle, so it brings your problem to an end, rather than using the masses to fight back,” he said, adding that people, as citizens, should not block the authorities from doing their duty.

The deadline for the monk to turn himself in was yesterday.

Quoting the spokesman of the Dhammakaya disciples group, who said last week that the abbot was ill and recovering in the temple, Srivara said police could use this as evidence that the temple was harbouring a fugitive and certain individuals could face criminal charges as a result.

Phra Theprattanasuthee of Wat Khien Khet – the chief monk of Pathum Thani’s Sangha Administration – meanwhile declined to comment on the reported request for him and senior monks to persuade the abbot to surrender or help with the arrest operation. He would only say it was a police matter.

Separately, Office of the Attorney General (OAG) spokesman Somnuek Siangkong yesterday announced the indictment of former KCUC executives Supachai Srisupa-aksorn, 59; Saranya Manmad, 52; and Thongpin Kanlorm, 63; on charges of conspiring to launder money as well as laundering money. The court will hear testimonies from the suspects at 9am today.

He added that Supachai was accused of signing 27 cheques worth Bt1.4 billion to Phra Dhammachayo and another fugitive suspect Sasithorn Chokprasit.

He also explained that the three defendants would not be required to return the Bt1.4 billion, but that the money will be sought from the abbot and Sasithorn who were on the receiving end.

Somnuek said the prosecutors have also agreed that there is enough reason to indict the abbot and Sasithorn on charges of conspiring to launder money, money laundering and receiving stolen assets. They have called on the Department of Special Investigation to bring the two fugitives in for indictment before the statute of limitations for the 2009 alleged crime expires in 2024.

Chartpong said the prosecutors had two additional civil lawsuits against Supachai, the abbot and others to seize their assets worth Bt85.76 million and Bt1.58 billion respectively on grounds of fraud and public fraud. Trials for these cases will start on December 7 and February 20.

He said these lawsuits were at the Civil Court, and although the authorities could not physically force the abbot to face charges, the court could still proceed with the case. The monk could send his lawyer to submit an objection, he added.