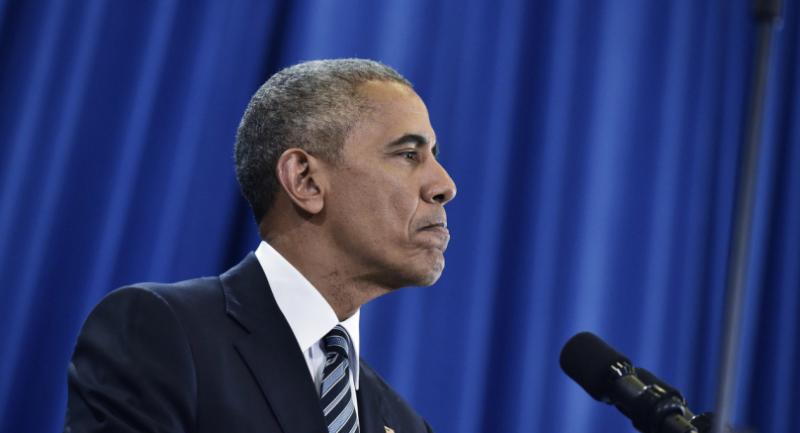 US President Barack Obama speaks on counterterrorism at MacDill Air Force Base in Tampa, Florida on December 6, 2016. / AFP PHOTO

US President Barack Obama has ordered an intelligence review of "malicious cyber activity" during the US presidential election, the White House said Friday.

US intelligence agencies in October pinned hacking of DemocraticParty targets on the Russian government. Since then, concerns aboutMoscow's attempts to influence the election have continued to grow.

The review to be delivered before Obama leaves office on January 20is to examine incidents of cyber hacking, take stock of US capabilities and conclude what lessons can be learned, White House spokesman Eric Schultz said.

It was unclear how much of the review would be made public amid concerns about classified information.

Citing senior officials briefed on the assessment, the WashingtonPost reported that the whistleblower website Wikileaks received hacked emails from specific individuals who the US intelligence community believes are linked to Moscow.

US agencies have a "consensus view" that "Russia's goal here was ...to help Trump get elected," the Post quoted a senior US official assaying.

The probe ordered by Obama is to look beyond November's election between Donald Trump and Hillary Clinton and also include the 2008and 2012 presidential elections.

"We will look at all foreign actors and their attempts to influence the elections," Schultz said, noting foreign interference in elections "has no place in the international community.”

He said the review would take a global approach, not just focusing onRussian activities, citing 2008 allegations of hacking against both Obama and Republican opponent John McCain's campaigns, which the US blamed on China.

The US government charged on October 8 that the Russian government,possibly at the highest levels, had directed intrusions into email systems used by US political organizations.

Russia rejected the accusation as "nonsense."

The alleged cyber attacks included a well-publicized hack in July ofDemocratic Party emails, which exposed favouritism in the party leadership toward Clinton against her nomination rival, US SenatorBernie Sanders.

Hackers released troves of further emails from Clinton confidants toWikiLeaks, providing a stream of damaging information ahead of the election, while recent media reports alleged that floods of fake news aiming to influence voters and undermine faith in the electoral system originated in Russia.

Schultz would not say if Obama had briefed president-elect Trump on the review, or if there were concerns about whether Trump would acton the findings, given his expression of sympathetic views towardRussian President Vladimir Putin.