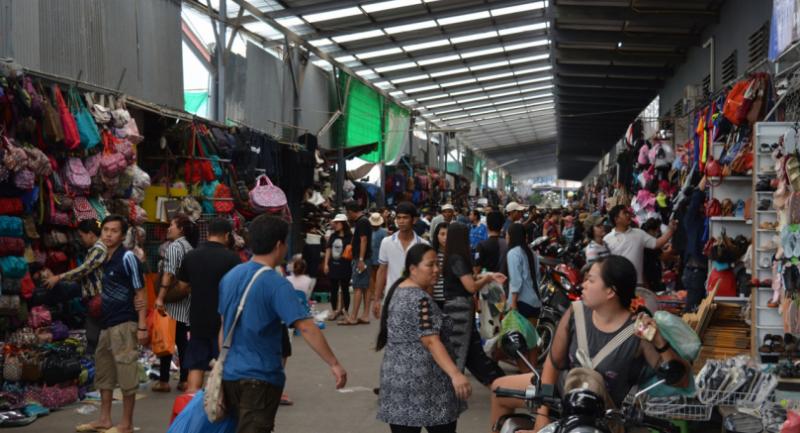 Rong Kluea Market in Sa Kaew province is flooded by thousands of holidaymakers travelling from the North and the Northeast back to Bangkok and industrial provinces in the East after the long weekend.

By CHATCHAWAN SOPHAPHAN
THE NATION

OFFICERS stepped up security at Rong Kluea Market in the border province of Sa Kaew to prevent illegal smuggling and human trafficking as up to 40,000 tourists per day flocked to the bazaar over the long weekend.

More than Bt30 million was expected to change hands as shoppers stopped off at the market on their way back to Bangkok and industrial provinces around the country to snap up cheap or second-hand goods.

Travellers going through checkpoints at Aranyaprathet, near the market, were subject to inspections after police were tipped off smugglers would use vans to carry illegal items as well as migrants to Bangkok from the area bordering Cambodia.

The checks were in line with policies laid down by Prime Minister Prayut Chan-o-cha and Royal Thai Police chief Pol General Chakthip Chaijinda.

Police also patrolled tourist attractions to crack down on illegal tour guides and criminal gangs from a neighbouring country who frequently come to Thailand during the cooler season and New Year to harass tourists.

Officers checked passports of foreign travellers, both to and from Bangkok, as part of the crackdown on illegal immigration.

Transit van drivers were asked to do the same and alert police if they found people travelling without proper documents. Drivers were reminded that failure to do so could lead to them being charged.