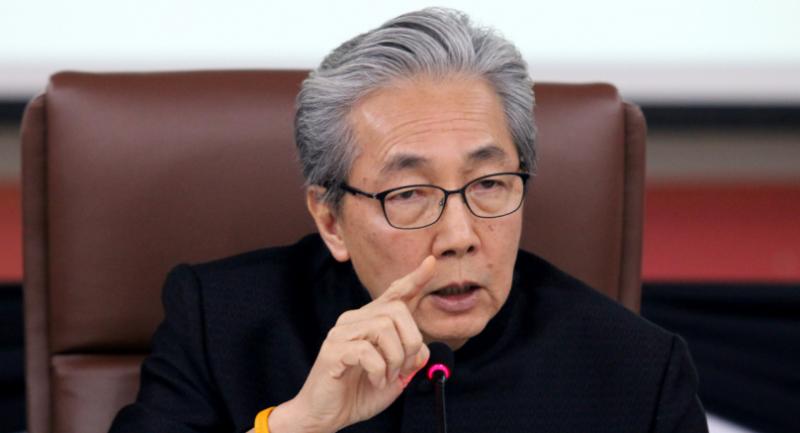 Ex-ICT minister takes over Industry portfolio; Twelve appointees to be sworn in tomorrow

The Prayut Chan-o-cha government’s economic team led by Deputy Premier Somkid Jatusripitak has consolidated its vast powers in managing the economy with additional portfolios in the new Cabinet line-up.

Contrary to previous speculation that Somkid’s team would be downsized or sidelined in the latest reshuffle, the new line-up, handpicked by the economic czar, includes more ministers and deputy ministers for the industry, commerce, agriculture and transport portfolios.

The new members of the Cabinet are scheduled to have an audience with His Majesty King Maha Vajiralongkorn tomorrow for the swearing-in ceremony, according to Suwaphan Tanyuvardhana, the newly appointed justice minister who formerly served as a PM’s Office minister.

In order to maintain the country’s gross domestic product growth at around 3 to 3.5 per cent per annum, Somkid and his team will have to focus more on revitalising the local economy because global economic factors are not yet favourable for Thai exports.

Thai exports are forecast to see flat growth for the whole of 2016 so the government has turned to mega-infrastructure projects, domestic consumption, and border trade to drive the local economy.

Based on the new Cabinet line-up, Somkid will have more power to strengthen the economy amid growing complaints from low-income earners and businesses that the

military-led government is not yet doing a good job on the economic front.

Over the past year, the government has also pushed ahead with its digital economy agenda with Pichet Durongkaveroj becoming the first minister of the recently established Ministry of Digital Economy and Society.

Former ICT minister Uttama was earlier tipped to head the new ministry. However, he has now been given charge of the industry ministry, while Sonthirat, previously an adviser to the agriculture and industry ministries, was named deputy commerce minister.

Chutima, the new deputy agriculture minister, was the permanent secretary of commerce, while Pichit Akrathit was chairman of board of the State Railway of Thailand and is an expert on the capital market.

Pichit is regarded as the right-hand man of Somkid, who had previously assigned him to clean up SRT’s financial mess including its mounting debt.

Pichit is chairman of the Asia Wealth Securities board of directors and former president of MFC Asset Management Co Ltd, the country’s first asset management firm with Bt200 billion in assets under management.