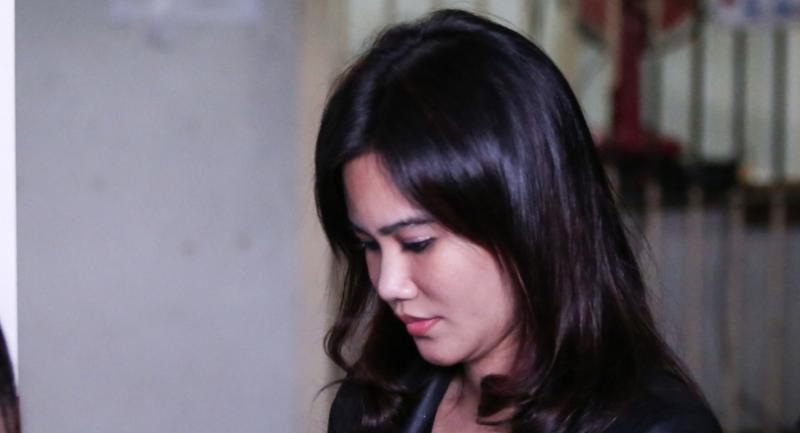 THREE YEARS after the fatal shooting of former Olympic marksman Jakkrit Panichpatikum, his widow and an accomplice were sentenced to death yesterday for their part in the murder conspiracy.

Also convicted were Santi Thongsem, a lawyer who helped arrange the killing contract, Jeerasak Klinkhai, the gunman, and Tawatchai Phetchote, who followed Jakkrit on October 19, 2013 to inform Jeerasak of the victim’s exact location.

Nithiwadee, now 40, and Santi were sentenced to death because the court found no grounds for leniency.

Jeerasak and Tawatchai had their death penalty commuted to life in prison because they provided some useful information to authorities.

Nithiwadee’s mother Surang Duangchinda walked out of the court a free woman despite initally claiming that she ordered the killing. There was no evidence to support her claim that she had Jakkrit killed because she could not bear to see him abuse her daughter anymore.

The Criminal Court yesterday dropped the charges against Surang after looking into the defendants’ phone records, CCTV recordings, and the testimony of others involved.

Nithiwadee and Jakkrit had two children together. The couple became estranged because of domestic violence and asset issues.

Their family problems became public in the months before his death.

Jakkrit, however, was apparently trying to reconcile with his wife at the time the killing took place. He was driving to meet her when Jeerasak followed and opened fire on him on a Bangkok road.

A witness told the court that she introduced Nithiwadee to Santi because she wanted to help get rid of her reportedly abusive husband. The witness also said she saw Nithiwadee give money to Santi. All defendants denied any wrongdoing during the trial. However, the court found evidence to back up the charges against four of the five defendants.

The four were ordered to pay Bt2.5 million in compensation to Jakkrit’s parents who had lost their son and the support he could have provided. The amount is subject to annual interest of 7 per cent, calculated from September, 2014, when the case started.

Jakkrit’s mother Somkid Panichpatikum, who attended court yesterday to hear the verdict, said she had been grieving for the past three years but had decided to personally forgive those responsible for her son’s death.

“As for now, I am only worried about my grandchildren,” she said tearfully.

Nithiwadee reportedly lost her calm facial expression when she heard the verdict. Her lawyer Chamnan Chadit is now in the process of seeking bail for his client. He has reportedly offered to submit a further Bt2 million, as well as Nithiwadee’s passport to secure her temporary freedom during the appeal process.

Nithiwadee was taken to Min Buri Prison last night, where she will remain until a court decides on her bail request. In recent years, she has been free on bail of Bt500,000.