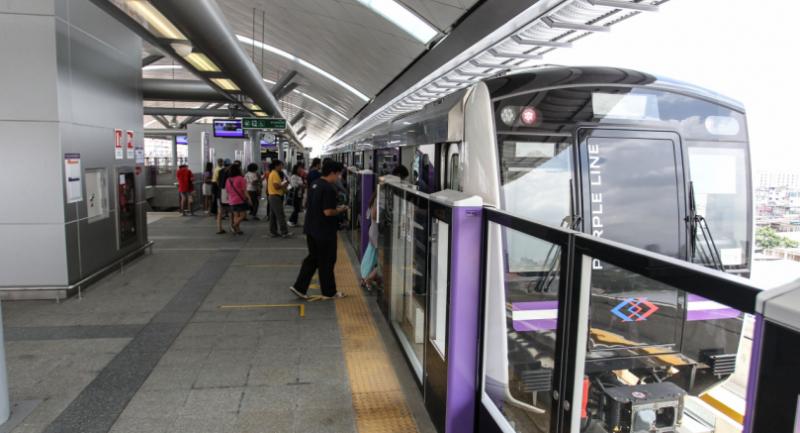 PRIME MINSTER Prayut Chan-o-cha has invoked his absolute powers under Article 44 of the interim charter to resolve the “missing link” between the MRT Blue Line and MRT Purple Line in northwestern Bangkok.

The order was acknowledged by the National Council for Peace and Order (NCPO)’s meeting yesterday prior to a Cabinet meeting.

In the current system, authorities provide free shuttle rides to commuters, which has cost about Bt147 million.

He said the MRTA would speed up negotiations with BEM to expedite the project.

Yordyuth said BEM’s role as operator of the one-kilometre link would benefit commuters because the company already operated both the Purple and Blue lines.

He said the MRTA expected the project to take about six months for construction and two months for testing after the Cabinet approved the contract.

“If it’s done as planned, the service could be opened in August or September next year,” said Yordyuth.

“Initially, this will be subsidised by the government for Bt745 million,” he said.

Regarding Blue Line extensions, Yordyuth said the Hua Lamphong-Tha Phra-Bang Khae section would be open in September 2019 and the Tao Poon-Tha Phra section was scheduled to be inaugurated in February 2020.

In July, the NCPO also invoked Article 44 of the interim charter to resolve another “missing link” problem to make extensions to the Blue Line constitute a “through operation”, meaning that trains on the extensions would run on the same network as the original Blue Line currently operating.

Separately, a Cabinet meeting yesterday approved the establishment of a Rail Transport Department and three subsidiaries of the State Railway of Thailand to start operating next year with a total budget of Bt208 billion.