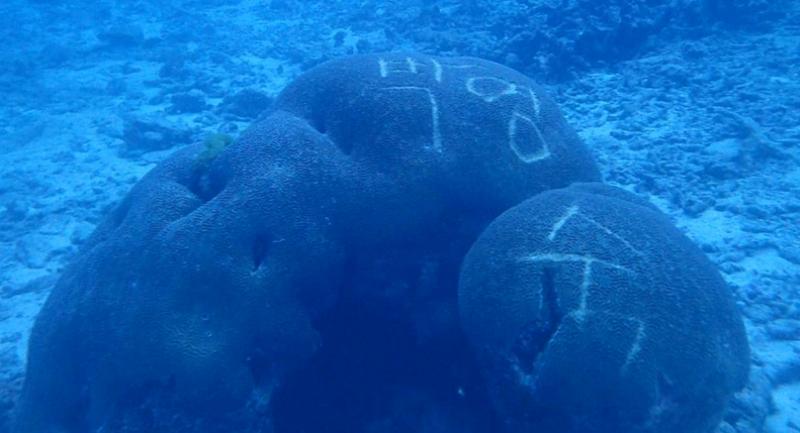 LOCAL RESIDENTS have called on authorities to get stricter with dive operators after Korean letters were found inscribed on a coral skeleton off the Similan Islands in Phang Nga province.

The vandalised lesser-brain coral, or leptoria phrygia, was found at a depth of 20 metres and west of the Similan Islands.

Three large Korean characters were found inscribed on the coral, reading “Park Yong-soo”, which appears to be a person’s name.

An instructor from the dive company Sign Scuba took photos of the vandalised coral on Saturday.

The islands are part of a national marine park in the southern coastal province.

The latest discovery of vandalism has caused a great deal of concern among local residents and divers who are worried that if action is not taken to stop such acts, there could be copycats, particularly by irresponsible divers.

Residents called on authorities at the Similan Island National Park to get stricter with diving operators so that customers are prevented from causing further damage to the natural beauty.

A local diver, who asked not to be identified, said South Korean divers normally were well disciplined when compared to divers from other Asian countries.