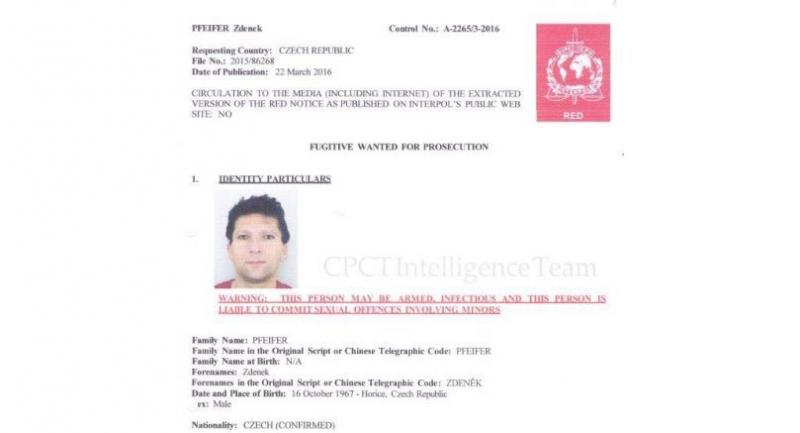 POLICE have issued an appeal for help to catch an alleged Czech paedophile whom Thai police warn may be infected with HIV.

Pol Maj Gen Pongdej Promjit, a provincial police chief, said the man, identified as Zdenek Pfeifer and also known as Frye Ferrari, 49, is wanted by Interpol for allegedly sexually violating a minor and spreading the dangerous virus among women and homosexual men in his home country before fleeing to Thailand in 2014.

Records show he flew to Thailand three years ago and he has since been seen in various tourist cities including Phuket and Chiang Mai.

On its website, Interpol has warned that Pfeifer may be infectious and pointed out that he is also liable to commit sexual offences involving minors.

Thai police said Pfeifer, who is described as a “good-looking sweet talker”, first entered Thailand via Phuket International Airport on February 13, 2014. He left a few months later but returned in 2015. “We believe he is now in Thailand because there are no records that he has already left the country,” Pongdej said.

According to Thai police, Czech authorities said that after Pfeifer tested positive for HIV in 2010, he had unprotected sex with at least 10 people.

He also had sex with a minor, which was recorded on video. Such offences risk up to 12 years in jail.

Pongdej said Thai police got involved when they were contacted by Interpol. “An ongoing investigation suggests he might have continued spreading HIV. He has had sexual relations with many Thai women,” he said.