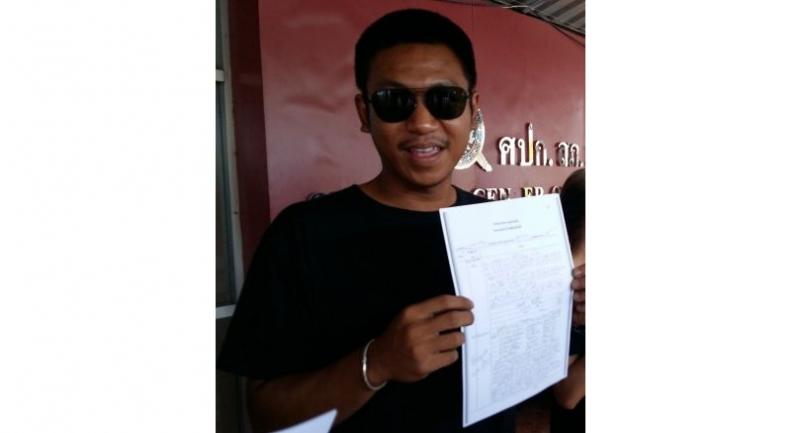 In a statement, the human rights body also denounced the junta for misusing laws against dissenters.

HRW’s Asia director Brad Adams also said Thailand’s military rulers had aggressively clamped down on any speech they found offensive, including what they arbitrarily deemed was critical of the monarchy.

The human rights organisation said lese majeste, or Article 112 of the Criminal Code, should bar private actions, including by the military, which had been routinely used for political purposes.

HRW said past practice had shown the authorities had difficulty rejecting allegations filed by private individuals for fear of themselves being accused of disloyalty to the monarchy.

Jatupat, who is better known as “Pai Dao Din”, has been detained since early last month after sharing an article by BBC Thai about the monarchy. Nearly 3,000 people shared the article, but only Jatupat was charged.

Jatupat, 25, was released on Bt400,000 bail the day after his arrest on December 3, but on December 22 bail was revoked following a police petition to the court after the student wrote another Facebook post deemed to be satirising authorities. The provincial court ruled that he broke conditions of his bail.

The activist made additional requests for bail to sit a final university exam in order to graduate this year, but every request was rejected.

“Instead of punishing him before trial, the charges against him should be dropped immediately,” Adams said, remarking that the injustice had been made even worse by the prolonged pre-trial detention.