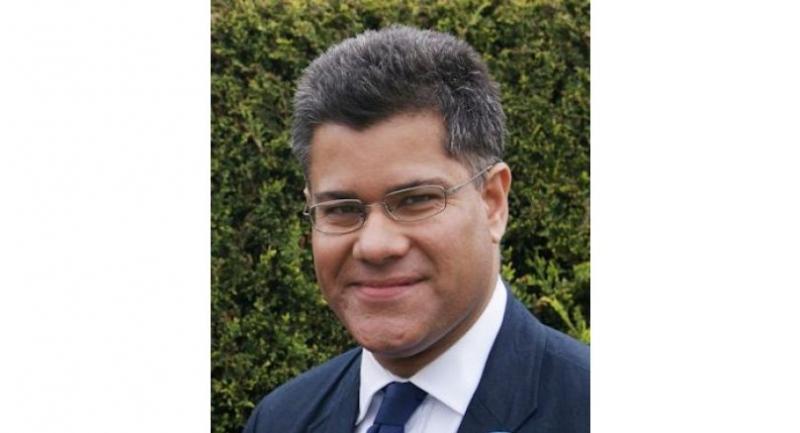 ALOK SHARMA, the United Kingdom’s Minister for Asia and the Pacific, yesterday reaffirmed Britain’s commitment to Thailand on a one-day visit to the Kingdom for talks on issues including trade, human rights and election plans.

Sharma, the most senior official in the British foreign service to visit Thailand since the military coup in 2014, said there had been a recalibration in the UK’s foreign policy following Brexit, last year’s referendum in which Britons voted to leave the European Union.

He held talks with Deputy Prime Minster Somkid Jatusripitak, Digital Economy and Society Minister Pichet Durongkaveroj and Deputy Foreign Minister Virasakdi Futrakul to discuss the strength of Thailand and the UK’s relationship as well as opportunities to increase trade and prosperity.

According to an official, the main purpose of the visit was to make it clear how the UK will deal with the world after Brexit.

The visit also emphasised the UK’s commitment to bilateral relations with Thailand in all aspects including trade agreements and the Thailand 4.0 policy, which the UK could contribute to, the official |said.

Sharma said that while issues of human rights and democracy under the military rule remained a concern, Britain would continue engagements in multiple areas with the Thai government, especially in trade and economic cooperation.

The minister also met with representatives of political parties and members of civil society organisations to learn more about their work and the challenges they face, |especially regarding freedom of expression, and to express the UK’s support for their work.

He said he expected to see more ministerial visits to Thailand by representatives of the British government.

Sharma also spoke to businesses and investors in Bangkok to reaffirm that “global Britain” was open for business and discussed how the UK government could help Thai and British businesses trade with each other more.