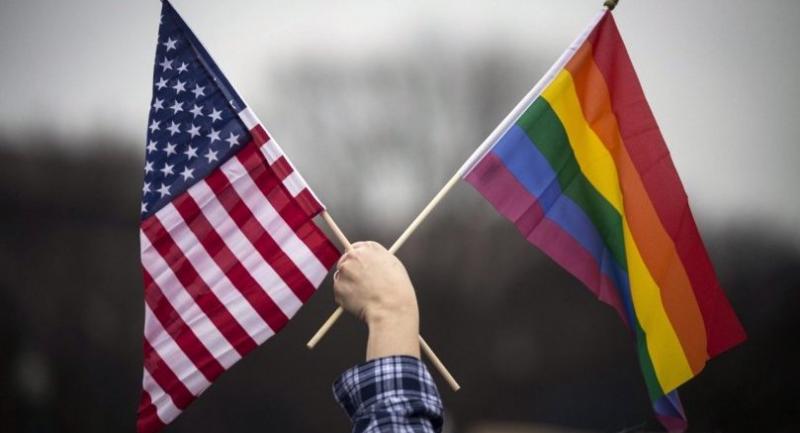 A participant holds both the US national flag (L) and the LGBT community's symbolic Rainbow flag (R) as people arrive on the mall for the Million Woman March in Washington, DC, USA, 21 January 2017. / EPA

WASHINGTON - President Donald Trump will continue to protect the rights of lesbian, gay, bisexual and transgender people in the workplace, the White House said Tuesday.

An executive order signed by then President Barack Obama in 2014, which protects employees "from anti-LGBTQ workplace discrimination while working for federal contractors, will remain intact at the direction of President Donald J. Trump."

People in the gay and lesbian community in the United States have expressed fears of a backlash under Trump because of the presence of arch conservatives in his government who have a record of opposing same-sex marriage and other hard-fought rights.

The White House statement was issued on the day that Trump has said he will announce his candidate to fill a vacancy on the Supreme Court. Trump has promised to nominate a conservative.

Trump "is determined to protect the rights of all Americans, including the LGBTQ community," the statement read.

The president "continues to be respectful and supportive of LGBTQ rights, just as he was throughout the election."