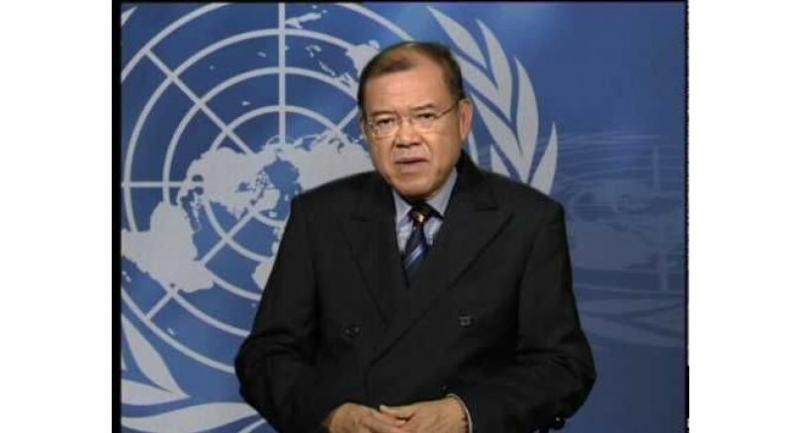 PROMINENT Chulalongkorn University economics professor Phasuk Pongpaijit yesterday revealed that she had not been contacted to join one of the government’s reconciliation preparation committee’ sub-panels, but would have declined if asked.

The Thai Academic Network for Civil Rights yesterday posted on its page a comment detailing how the professor had informed it about her not being invited.

Phasuk had been touted in the media as one of the high-profile academics invited to sit on the second panel, which will integrate input on reconciliation gathered from concerned parties.

The government recently established the umbrella administrative committee to synthesise reform, reconciliation, and national strategy as part of its latest effort to accomplish the work in its last year in office.

The reconciliation preparation committee is among the four main committees established to help with the work. It is supervised by Deputy Prime Minister Prawit Wongsuwan.

The Prawit committee on Thursday convened for the first time to settle the list of prominent figures to help its four sub-panels, one of which was assigned to help integrate input from concerned parties.

Officials at the meeting did not confirm to the media that all the figures acknowledged on the list of panel members had accepted the invitation. They said they endorsed the list and vowed to move ahead with the planned meeting with political parties on Valentine’s Day on Tuesday.

It is unclear whether not having academic big guns like Phasuk and others involved in the process will affect the government’s reconciliation effort.

Prime Minister Prayut Chan-o-cha said he had confidence in Prawit, but was not certain whether reconciliation could be achieved within the three-month timeline set.

The premier attributed his uncertainty to the deep-rooted nature of the conflict, saying the government would do what it could do first via reform and national strategy work.

Prayut also said concerned parties needed to adhere to intelligent thinking and the rule of law when proceeding with the work or otherwise it would become subjective and it could result in anarchy.

He said there was no need for an agreement to be signed as a result of the reconciliation committee’s work. What was more important, he said, was a social contract.

In a related development, heavy hitters, including the former secretary general of the United Nation Conference on Trade and Development Supachai Panitchpakdi, accepted invitations to sit on Prayut’s umbrella administrative committee for reform, reconciliation, and national strategy – or Por Yor Por in Thai.

Others have declined the invitation, preferring to help behind the scenes, Prayut said.