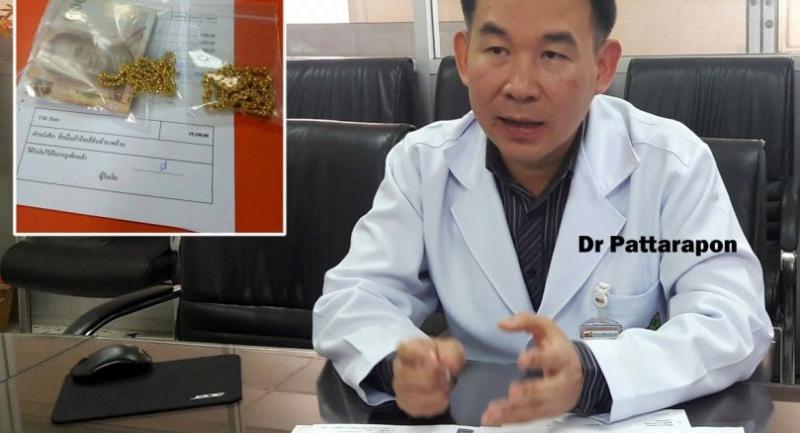 By CHAMNAN JAI-UA
THE NATION

A PRIVATE hospital is facing a probe after a family was allegedly asked to hand over gold necklaces as a security deposit after a 34-year-old patient requested to be transferred to a public hospital.

The complaint against Piyavejj Bowin Hospital, in Chon Buri’s Sriracha district, got the attention of the HSSD after a friend of a patient posted on the Internet that the hospital demanded more than Bt40,000 for treatment given in just two hours.

The post also said that when the hospital was asked for help in transferring the patient to another hospital, it demanded that gold necklaces be placed as a security deposit.

The 34-year-old patient lost consciousness after a fall in a bathroom and was rushed to the Piyavejj Bowin Hospital earlier this week.

Relatives and family requested a transfer of the patient when |medical costs soared. The patient wanted to be transferred to another hospital where he was entitled to receive medical services free of charge under the social security scheme.

But hospital officials allegedly said they would only authorise the transfer if gold necklaces were handed over.

The hospital’s director, Dr Piya Chiawprasit, denied any wrongdoing, insisting that services were provided in line with standards.

“We checked his brain because he lost consciousness after a fall. There is cost involved. Then, the relatives and friends of the patient asked for an ambulance service from our hospital to another hospital. There’s additional cost here,” Piya said.

Sawinee Khamlor, the 23-year-old hospital cashier, said the hospital agreed to take the gold necklaces as a deposit because the patient’s friends and relatives could not pay the bill by credit card.

Officials from the Social Security Office visited the hospital yesterday for an explanation.

Pattarapon said that if the hospital failed to prominently display medical-service prices, it would face a fine of up to Bt10,000.

“If it is found to have charged higher than the display prices, the maximum fine is Bt20,000,” he said.

He added that if the hospital was found to have failed to provide medical services in line with professional standards, the HSSD might forward the case to the Medical Council for further action.