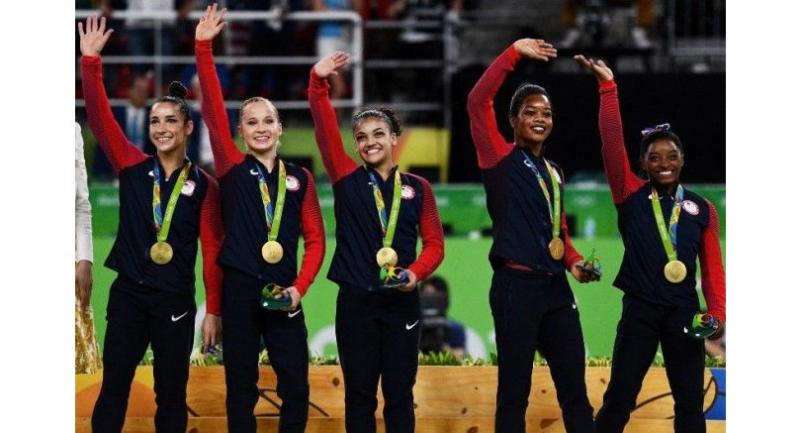 NEW YORK, Feb 18, 2017 - Three former members of the US national gymnastics team, including an Olympic medalist, have come forward to detail the sexual abuse they say was inflicted upon them by a former team doctor, CBS News reported Friday.

John Manly -- a California attorney representing more than 40 women in a lawsuit against USA Gymnastics for failing to protect his clients -- says Lawrence Nassar may have abused hundreds of women over more than two decades, some of them Olympians and at least one as young as nine years old.

"We know that at least 60 have come forward, but my best estimate is it's in the hundreds and possibly more," Manly told CBS television's 60 Minutes program in a report to be broadcast Sunday.

"I believe that at the end of the day, there are members of every single Olympic team since 1996 he did this to."

Nassar, 53, was arrested last November on charges of sexually assaulting a child in Michigan. In December he was indicted on federal charges of child pornography possession.

Dozens of women in lawsuits accuse Nassar, who treated elite US gymnasts as Olympic team physician from 1996 to 2015, of inserting fingers into their anuses and vaginas and fondling their breasts.

Nassar has denied the charges, saying he conducted only legitimate medical procedures.

Jessica Howard, the US national rhythmic gymnastics champion from 1999 through 2001, detailed to CBS an exam session with Nassar at the Karolyi race training headquarters near Houston.

"He started massaging me and he had asked me not to wear any underwear and then he just continued to go into more and more intimate places," said Howard, now 33.

"I remember thinking something was off, but I didn't feel like I was able to say anything because he was this very high profile doctor and I was very lucky to be at the ranch working with him.

"The girls would say 'Yeah, he touches you funny.'"

Jeanette Antolin, on the US team from 1995 to 2000 and a member of the 1999 world championship squad that competed in China, recalled putting her trust in Nassar as well.

"I remember being uncomfortable because of the area, but, in my mind, I was like, 'if this helps, I'll do anything,'" Antolin said.

"It was treatment. You don't complain about treatment."

A third woman who spoke with CBS was not identified in promotional material for the broadcast.

US teens have won the past four Olympic all-around titles, with Carly Patterson taking gold in 2004, Nastia Liukin winning the title in 2008, Gabby Douglas grabbing the crown in 2012 and Simone Biles triumphing last year at Rio.

While a federal investigation into Nassar continues, the lawsuit filed last October by Manly claims USA Gymnastics and coaches Bela and Martha Karolyi failed to properly monitor Nassar and were partly responsible for allowing a culture that allowed him opportunities to abuse women.

"The issue is who was watching him and who supervised him?" Manly told USA Today. "And the short answer is -- nobody."

USA Gymnastics said this week that it notified the FBI about Nassar on July 28, 2015 and relieved him of national team duties the next day.

Those moves came after officials first learned of a complaint regarding Nassar on June 17, 2015 and conducted a follow-up investigation.

Manly told the Washington Post the lag time between USA Gymnastics receiving a complaint notification and turning to the FBI was woefully improper.

"They are actually acting like they are responsible for him being caught. Nothing could be further from the truth," Manly told the newspaper.

"The fact that they are still acting like they don't have any culpability for this and still being secretive and duplicitous about it is abhorrent."