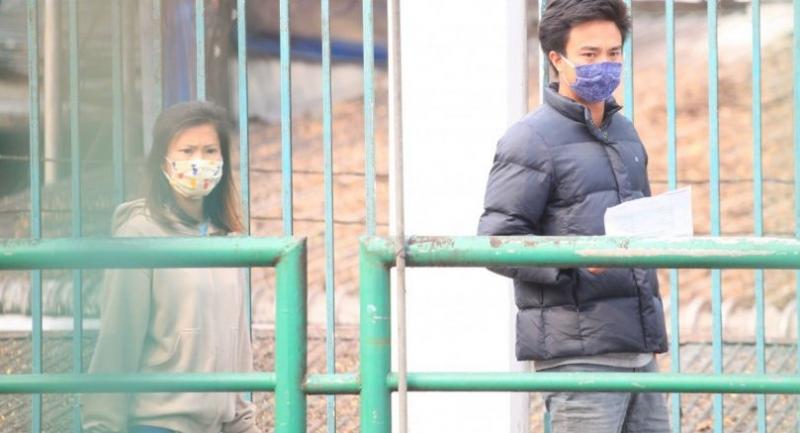 SMOG FROM Myanmar has intensified the haze problem in northern Thailand, according to hotspot statistics from the Geo-Informatics and Space Technology Development Agency (GISTDA).

The alarming development came as a report by Thai Civil Rights and Investigative Journalism (TCIJ) revealed that the dense hotspots in Shan State, Myanmar, are associated with Thai corporate investment in maize plantations.

Despite the strict regulations and law enforcement to ban burns during the current dry season in the North, it is expected that the haze situation in the region will worsen during the next few days.

Satellite information from GISTDA revealed that there are many hotspots in Shan State opposite Mae Hong Son province, and the wind direction information indicated that the smog will be blown into Thailand.

Mae Hong Son Natural Resources and Environment Office director Somsak Sappakosolkul yesterday said the haze situation in the province would continue to intensify as wildfires in the province could not be controlled and there would be more smog blowing into the province from Myanmar.

“We have found that there are still many illegal burns throughout the province and we also found that there is also intensive burning on the Myanmar side, which can severely affect the air quality in our province, if the wind carries the smog across the border,” Somsak said. He warned the smog would seriously affect air quality in the province and threaten people’s health while creating visibility issues.

The hotspot map from GISTDA’s fire monitoring system showed that there were dense hotspots in the south of Shan State near the border with Thailand.

On the Thai side, the map showed there were dense hotspots in Lamphun, Lampang and Tak provinces, with most in forestland.

GISTDA’s wind-direction map indicated the wind would blow southward from Myanmar to Thailand at an average speed of 3-6 knots.

According to the TCIJ report, published last week, Shan State has the most maize plantations in Myanmar at about 1.15 million rai – based an official statistic. It also has the highest hotspot count in the country.

The report said there was a large expansion of maize plantations in Shan State in recent years and 70 per cent of the maize plantations there were operated by Thai conglomerate Charoen Pokphand’s subsidiary Myanmar CP Livestock Company.

Air quality information from the Pollution Control Department yesterday indicated that all northern provinces, except for Tak and Lampang, had safe air quality levels.

The amount of small particulate matter up to 10 microns in diameter (PM10) ranged from 46 micrograms in Nan to 119 micrograms in Mae Hong Son.

Tak and Lampang were above the safe level of 120mg at 123 micrograms and 140mg respectively.