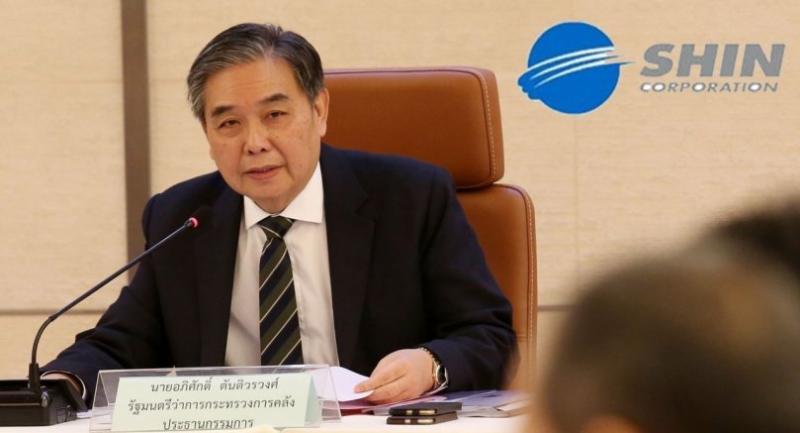 FINANCE MINISTER Apisak Tantivorawong may find himself in trouble if he fails to recover taxes from the family of former premier Thaksin Shinawatra, the chairman of the State Audit Commission Chaisit Trachoetham told The Nation yesterday.

Chaisit said that under the Revenue Code, Apisak had the authority to instruct the Revenue Department to restart tax collection procedures even though the collection deadline had passed.

Following the verdict, the auditor-general asked the finance minister to renew efforts to collect taxes from Thaksin’s family.

According to the law, tax officials must issue a summons or call anyone who filed false or incomplete tax returns for interrogation within five years of the filing.

The Shin sale occurred in 2006 but questions on the matter were raised a decade later. Since the deadline to issue a summons has passed, tax officials cannot renew the case against the Shinawatra family on their own initiative.

However, the auditor-general argued that the finance minister had the authority to extend the period in which a summons could be issued. If he does so, tax officials then could issue summons to Thaksin and his children for interrogation and demand they pay back taxes.

He warned that Finance Minister Apisak risked action by the National Anti-Corruption Commission if he fails to do his duty properly.

The minister could be charged with malfeasance in office in accordance with Article 157 of the Penal Code, which could result in a 10-year prison sentence.

In January 2006, Ample Rich Investment, a firm owned by Thaksin, sold 11 per cent of Shin Corp to his children Panthongtae and Pinthongta a few days before Shin Corp was taken over by Singapore government-owned Temasek Holdings in a deal worth Bt73 billion.

Critics of the controversial deal raised questions about whether the sale was liable to be taxed, as Thaksin’s children benefited from capital gains.