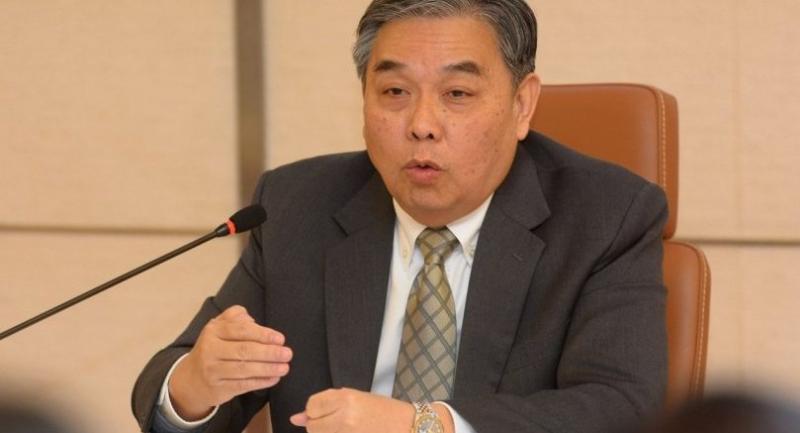 One member of the audience asked Apisak when the general election would take place, adding that investors really wanted to know.

Apisak assured the audience that the election would be held next year after the Royal cremation of late King Bhumibol Adulyadej and the coronation of HM King Maha Vajiralongkorn later this year.

Political instability caused by prolonged political protests and the current military rule have deterred new investors who are not familiar with Thai politics from investing in the Kingdom.

After the junta toppled the elected government in 2014, it promised to quickly return the country to democracy but so far the pledge has not been implemented.

Apisak said the government had planned reforms that would benefit the country in the long run as the next government could follow the 20-year strategy put in place by the present government.

He added that the government had plans to invest about Bt1.7 trillion in infrastructure over the next few years, while a range of state enterprises had plans to spend about Bt500 billion on varius projects this year.

“Funding is not a problem. We have adequate liquidity and we can borrow at a cheap cost,” Apisak told investors.

However, he admitted that many projects had been delayed due to regulatory changes. For example, five double-track rail projects will be delayed by three to six moths before bidding can take place.

Government investment will drive economic growth this year as the country relies more on the domestic market than external factors, he said.

High risk comes from outside forces, such as a slowdown of China’s economy, Brexit and the policies of US President Donald Trump, Apisak added.

The CLSA predicted the Thai stock market index could surpass 1,600 by the end of this year. It projected the economy would expand by 4 per cent this year compared to the 3.5-per-cent growth estimated by the National Economic and Social Development Board.

Prinn said he believed that higher economic growth would also be driven by an unexpected export growth.