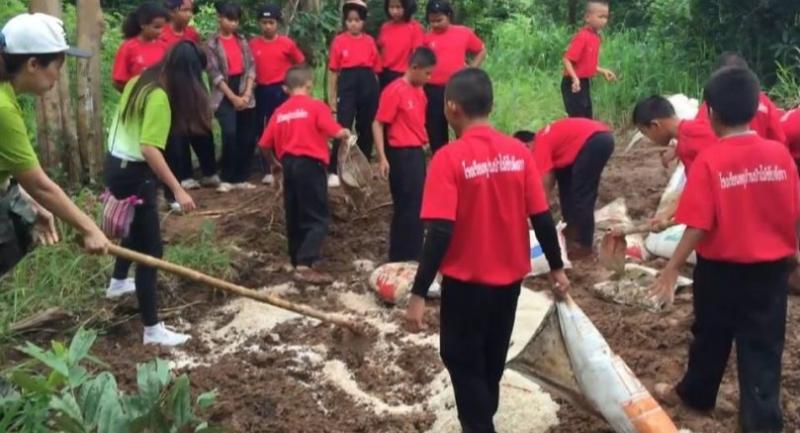 By Chatchawan Kaewkrajai
The Nation

The 31st Infantry Regiment, Special Warfare Command, and residents near the Sup Langka Wildlife Sanctuary in Lopburi on Monday built an artificial salt lick for wild elephants on the occasion of Thai Elephant Day.

Sup Langka Wildlife Sanctuary chief Wasan Klomchinda said wild elephants had been extinct in Lopburi province several decades ago, but beginning with a reintroduction project in 2004, 25 elephants had been released in the wild, reproducing to number a total population of 44.

Wasan said in order to celebrate Thai Elephant Day this year, the army and local people had built the salt lick and constructed weirs to store water to accommodate the increasing number of elephants.

He added that wild elephants and residents near the forest lived in harmony, while the elephants also helped reforestation efforts and enhanced the biodiversity of the forest.