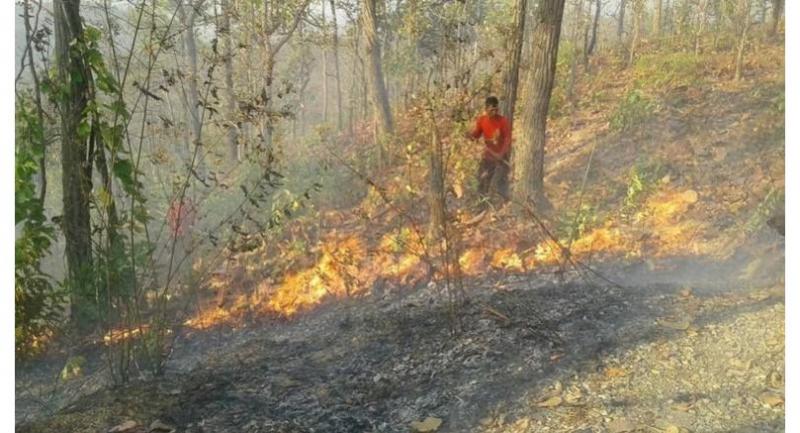 The "Fire Hawk" special unit continued to work hard in response to forest fires in Mae Hong Son on Tuesday, as a Myanmar forest fire opposite Ban Huai Ton Noon in the province’s Khun Yuam district threatened to spread across the border.

Ban Huai Ton Noon village headman Udom Mansuksak said people passing through the Huai Ton Noon border crossing had reported that the forest fire on the Myanmar side would reach Thailand in one or two days.

He urged paramilitary rangers to check the situation, which he believed would spill over faster to Thailand because of gusty winds.