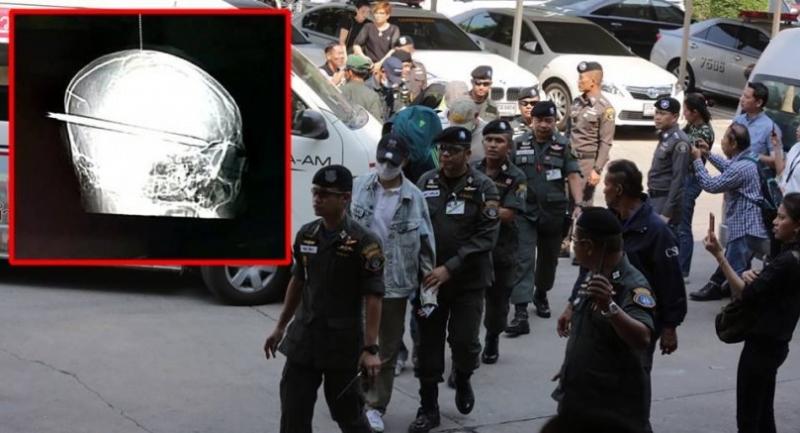 The son of a Kalasin police deputy superintendent has allegedly confessed to fatally stabbing Silpakorn University student Thirapong Thitatharn, 24, during an attack last month in the victim's dormitory room in Phetchaburi province, a police source said on Tuesday.

The young man was among 16 suspects – 14 men and two women – who were handed over by Cha-am police to the Crime Suppression Division (CSD) in Bangkok.

Deputy national police chief Srivara Ransibrahmanakul, who took part in the interrogation at the CSD office, said the suspects would be additionally charged with racketeering besides the previously filed charge of attempted murder.