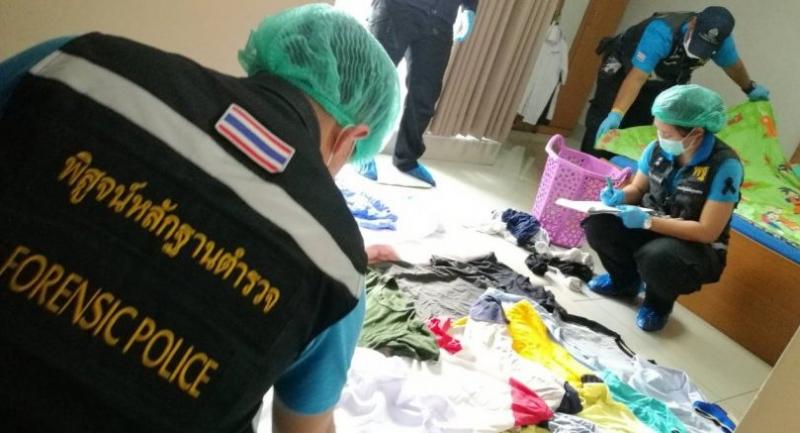 Crime Suppression Department (CSD) officers on Wednesday searched a Bangkok apartment which was rented by the 21-year-old son of a senior policeman who allegedly fatally stabbed a Silpakorn University student in the head with a screwdriver.

Forensic officers collected samples from the room, which was said to be in a tidy condition, to look for evidence.

The apartment caretaker told police that Dechathorn had rented the room along with friends in 2015. Other tenants said it was frequented by visitors who often made noise.

Thirapong Thitatharn was killed in his dormitory at the university last month after about 20 assailants burst into his room.