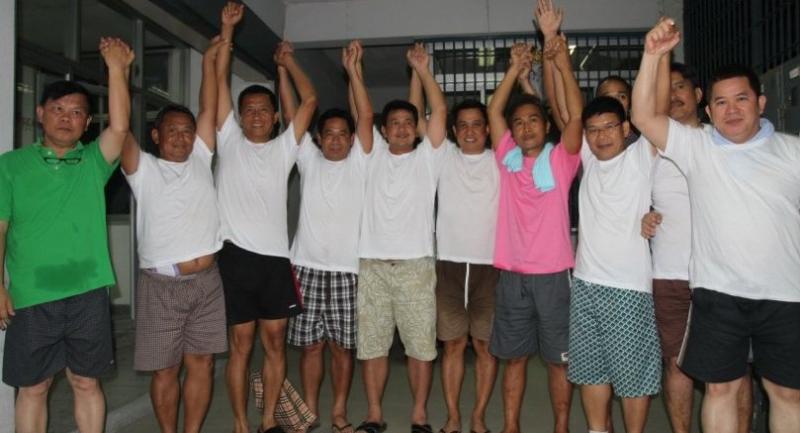 Thirteen red-shirt leaders were each sentenced to four years’ imprisonment on Tuesday for their involvement in disrupting the Asean Summit in April 2009.

At that time, government leaders from member countries of the Association of Southeast Asian Nations were about to meet with their dialogue partners at the Royal Cliff Beach Hotel in Pattaya. The break-in resulted in the important meeting hosted by Thailand being cancelled and the participants being evacuated in dramatic fashion.

The Appeal Court in effect upheld the ruling by a lower court in March 2015, after which the convicted red-shirt leaders were released on bail.

On Tuesday, the convicted red-shirt leaders again sought temporary release, with a bail of Bt2 million set for Arisman and Bt1 million each for the others.

However, the court denied temporary release for all the convicts and they were later escorted to prison for detention. Their lawyers said they would apply for bail again on the following day.

Some 30 family members and friends of the convicted red-shirt leaders gathered at the court on Tuesday to offer them moral support.