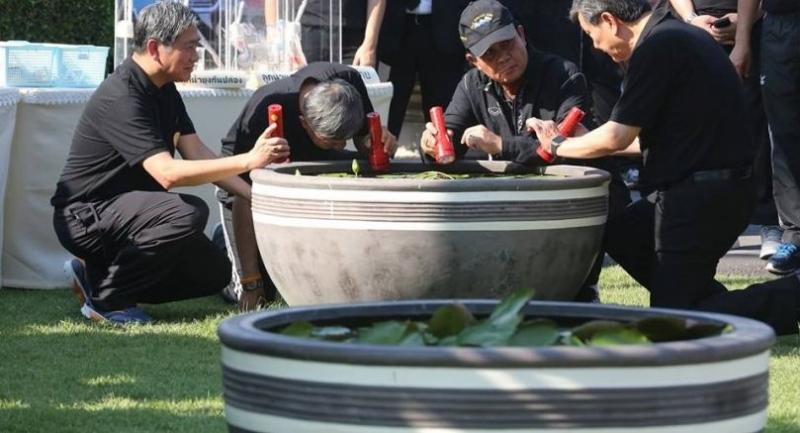 Prime Minister Gen Prayut Chan-o-cha took part in an effort to get rid of mosquito breeding grounds at Government House on Wednesday.

The move is aimed at eliminating mosquito larvae to prevent dengue fever.

Since the beginning of this year, the Ministry of Interior and the Bangkok Metropolitan Administration have reported 6,539 cases of dengue fever and seven deaths.

The mosquito clean-up was held before Prayut's exercise initiative, which takes place every Wednesday. Due to the hot weather exercises were held indoors and rescheduled from 3pm to 4pm.