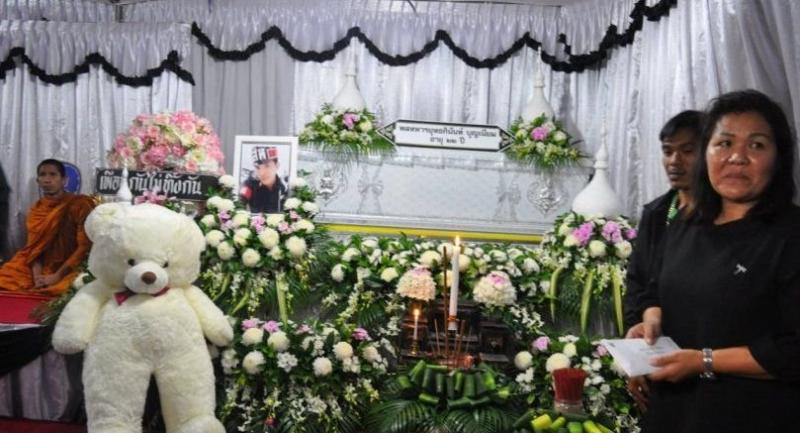 Human Rights Watch (HRW) on Wednesday called for an independent investigation into the death of an Army conscript in Surat Thani and for a broader campaign to end the longstanding use of corporal punishment in the Armed Forces.

The organisation issued the call following the death of Private Yuthkinan Boonniam, who was allegedly beaten to death in the remand facility of the Vibhavadi Rangsit Military Camp in Surat Thani province.

HRW also called for prosecution of military commanders for serious offences committed by soldiers under their command.

“The government and the military should urgently act to end these brutal assaults and the culture of impunity that has meant no punishment for abusive soldiers and the officers ultimately responsible.”

HRW noted that the Royal Thai Army inducts about 100,000 conscripts across Thailand each year but fails to implement effective safeguards against torture and other human rights violations committed by officers or other soldiers.

“Contrary to Army spokesperson Colonel Winthai Suvaree’s statement on April 3 that Yutthakinun’s death was an isolated incident, the Thai army faces a chronic inability to end abuses against its conscripts,” Adams said.

In another high-profile case reported by HRW, there has been no progress in prosecuting the soldiers responsible for the death of Private Wichian Puaksom, who was tortured to death while undergoing disciplinary punishment at the 151st Battalion of the 3rd Infantry Division in Narathiwat province in June 2011, the statement added.

HRW said the Thai government is not known to have prosecuted successfully any members of the security forces for torture or other serious abuses against civilians.

In many cases, Thai authorities have provided financial compensation to the victims or their families in exchange for their agreement not to pursue criminal prosecution against abusive officials. There have also been many reported instances in which military officers retaliated against their accusers by filing criminal defamation lawsuits and alleging those complainants violated the Computer-Related Crime Act by disseminating false statements online, HRW added.

“Thailand’s military needs to take swift action to show that there will be no place in its ranks for those who believe they have unchecked powers to abuse other soldiers or anyone else,” Adams said. “The government and top military commanders should ensure that Private Yutthakinun’s death will be the last case of barrack brutality in Thailand.”