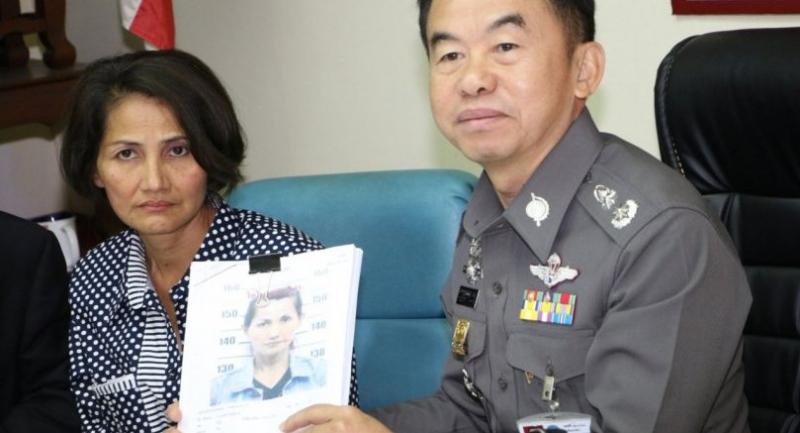 A female former taxi driver in Bangkok, Phusadee Anchanpati, who allegedly argued with passengers and forced them out of her cab in mid-journey, has admitted to police that she has a hot temper and acted violently because she was stressed about personal debts and city traffic jams. However, she has denied charges of theft.

She admitted to often arguing with passengers about directions due to stress related to traffic jams, adding that she had bought over-the-counter sleeping pills and tranquillisers.

The 50-year-old, accompanied by a lawyer, surrendered to police investigators at Bangkok’s Bang Khen Police Station on Wednesday, in response to a 2015 arrest warrant for stealing Bt10,000 and a cell phone from a passenger, whom she also left in mid-journey. On that charge, Phusadee maintained her innocence.

Phusadee also dismissed another accusation that she had used a box-cutter to threaten passengers, although she admitted she had carried the blade in her taxi for self-defence.

She also apologised to passengers and a taxi-garage owner for any troubles she had “unintentionally caused”, adding that she had learned a lesson and no longer drove a taxi.

Phusadee recounted the incident depicted in the clip, saying a mother and daughter hailed her taxi at Platinum mall in Pratunam asking to be taken to the notoriously congested Chanransanidwong area. She said the daughter accused her of intentionally taking them on a longer route to run up the meter.

At that point, Phusadee said, she became stressed and asked the passengers to get out of her vehicle but they refused. After she stopped at a petrol station, the pair became upset and disembarked, Phusadee said, adding that when the mother handed her money for the fare, the daughter tried to take it back, and the banknote was torn as Phusadee and the daughter both pulled on it.

Regarding a separate incident in 2014, in which a passenger filed a police complaint at the Paholyothin police precinct claiming that Phusadee stole Bt2,000, the former driver said the claim was false.

She said the passenger hailed her taxi at Central Latphrao mall asking to be taken Soi Lat Phrao 1. The fare cost Bt53, she said, and the passenger gave her three Bt20 banknotes and she gave Bt5 coin as change.

However, the police complaint stated that Phusadee told the passenger to get out of her taxi at Soi Lat Phrao 1 but sped off as the passenger still had one foot in the vehicle, resulting in an injury. The complaint also accused Phusadee of snatching Bt2,000 in cash from the passenger’s hand.

Deputy city police chief Pol Maj-General Montri Yimyaem, who interrogated Phusadee on Wednesday, said police would take her to apply for a detention order at a criminal court later in the afternoon. He also said Phaholyothin police investigators had already contacted their Bang Khen counterparts regarding the 2014 theft charges.

Phusadee’s lawyer said he had prepared Bt200,000-worth of assets to apply for Phusadee’s bail release application.