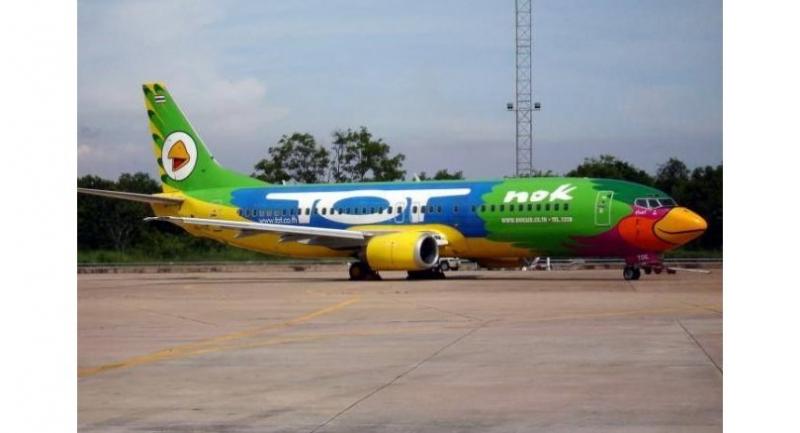 Nok Air apologised to it's passengers, but explained that passenger safety was their priority. Photo: Gazette file

PHUKET: Numerous complaints by passengers of a grounded Nok Airplane this weekend resulted in an official public apology by the airline via social media on Sunday.

At least 150 passengers were affected by the cancellation of flight DD7525, which was slated to leave Phuket International Airport at 10:50pm on Saturday and land at Don Muang in Bangkok at 12:12am on Sunday.

“The Bangkok-bound flight had to be cancelled due to turbulent weather,” Nok Air officials posted on their official Facebook page.

Similar reasoning was also given for the delay of flight DD7524, due to arrive in Phuket from Bangkok at 10pm, which was rerouted to Hat Yai instead.

The Facebook post ended with the ‘explanation’ that the immediate decision to ground the plane was made due to the fact that Nok Air gives priority to passenger safety above anything else.

For the remaining passengers, Nok Air has agreed to change the tickets without any additional fee.