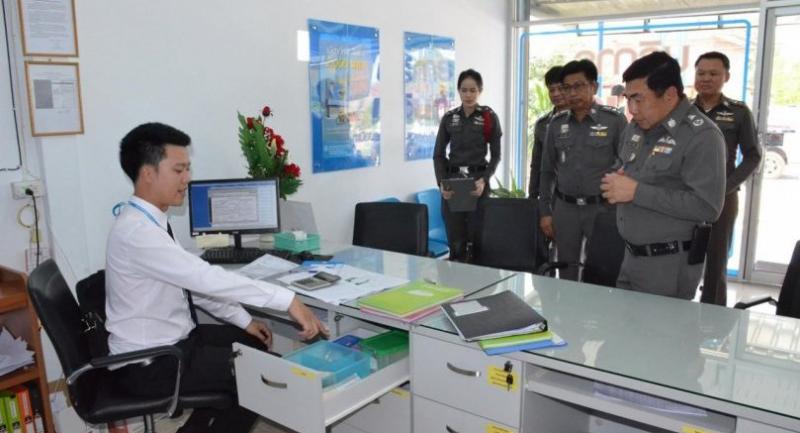 A man fled with more than Bt200,000 in cash after robbing a leasing company in Kamphaeng Phet province at gunpoint on Tuesday.

Sole staff member Tatipong Thongmak, 27, told police that the robber held a gun to his head and ordered him to put the money into his bag.

“Your life, your choice,” the robber told Tatipong who followed the order until the man said “enough”.

The robber thanked Tatipong for cooperating and before leaving the building, said: “Now you can call the police.”

Tatipong described the robber as being dressed like a field worker. “He wore a big hat and covered his face with a cloth like workers wear in a field,” Tatipong said.

He said he spotted the robber behaving suspiciously when he parked his motorcycle in front of the company at 10.40am. He then locked the money drawers when the suspect entered the premises, but was forced to open them when he produced the gun.

Asked why were there a lot of money on the premises, Tatipong said that before the robbery, two customers came to clear the loans of Bt163,000 and Bt40,000.

Another staff member had left the office to run some errands at Kampaeng Phet transport station.

Kampaengphet police chief Pol Maj-General Chalermpon Jintarat said security cameras at the firm were dummy but police would check other CCTV cameras in the area to establish the suspect’s escape route.

Police said the suspect may be local.