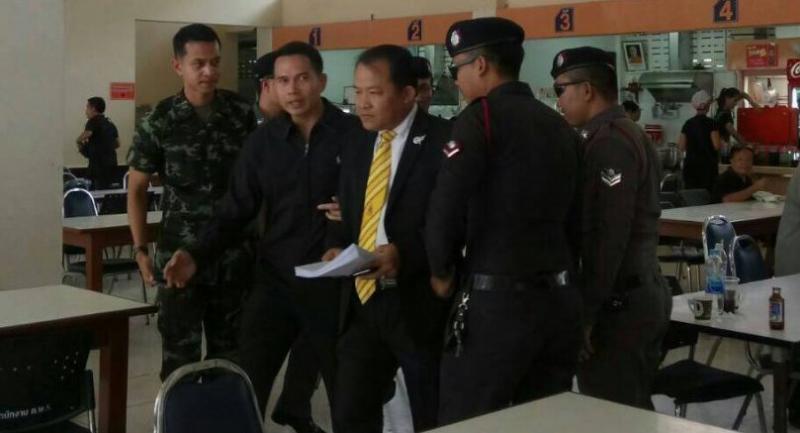 Human Rights Commissioner Angkana Neelapaijit on Tuesday called for the officers concerned to explain the latest detention of pro-democracy activist Srisuwan Janya, who was picked up while waiting to submit a petition to Prime Minister Prayut Chan-o-cha calling for an investigation into the disappearance of a historical plaque from the Royal Plaza.

Security personnel detained Srisuwan, secretary-general of the Association to Protect the Thai Constitution, on Tuesday morning while he was waiting to submit the petition to the premier urging him to investigate the missing plaque marking Thailand’s switch from an absolute monarchy to a constitutional monarchy.

The mysterious disappearance of the plaque was reported last Friday.

Srisuwan and two of his followers were reportedly taken in a van from a building opposite Government House to the military’s First Division of the King’s Guard, which is located nearby.

Angkana said the security personnel that detained them must provide a clear reason to the public for taking such action, as the compound in which Srisuwan was waiting to submit his petition was public property.

The government's complaint-receiving centre is located opposite Government House.

Detaining people without providing a clear explanation for doing so can trigger a climate of fear, she insisted.