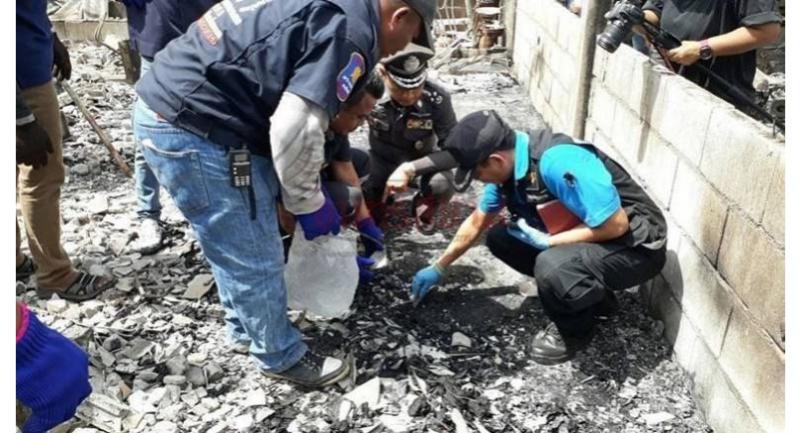 A murder investigation has been launched following a house fire that apparently killed a family of three in Prachuap Khiri Khan’s Sam Roy Yot district on Wednesday after autopsies revealed all the victims were shot with an 11mm pistol, a police source said on Friday.

Samran Phetchpradap, 44, his wife Rungthip Saithong, 35, and their one-year-old daughter were found in the charred wreckage of their their one-storey home in Tambon Salalai . The case was at first treated as a tragic accident.

However, initial autopsy reports by the Institute of Forensic Medicine found that Samran sustained five gunshot wounds while Rungthip and the baby were each shot once, the source said. It appeared that the fire was a case of arson to cover up the killings.

Police have now identified a suspect who lives not far from the victims' home, the source said. declining to give details of a possible motive.