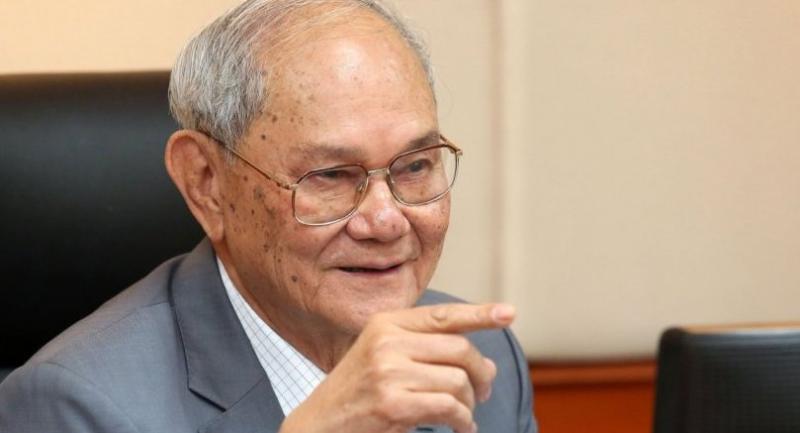 THE NATIONAL Legislative Assembly (NLA) passed the first two organic draft bills related to the Election Commission (EC) and political parties – essential for the next election – in their first readings yesterday.

Both of the laws were submitted by the Constitution Drafting Commission (CDC), whose chairman Meechai Ruchupan took charge of presenting the draft bills to the NLA.

The veteran charter writer explained the principle and reasons behind the EC bill as following what was addressed in the new charter, which aims to make elections clean and fair.

Some NLA members said they agreed for the most part with the stipulations that would strengthen the agency and help it become more proactive. However, they had some concerns about the poll inspectors, as they were not certain how these people would be free from local political influences, which many had claimed to prevail in the previous provincial EC.

Proposing a solution to the debate, NLA member Somchai Sawangkarn said that the best way out could be to have both the provincial officials and inspectors working hand in hand.

Some NLA members also questioned the inspectors’ qualifications. They said that if the bar was set too high, it might be impossible to find anyone eligible. After a few hours of debate, they voted in favour of the bill and moved on to the deliberation of the political party bill.

Despite agreeing with this bill’s principle, the legislators raised some questions about setting up provincial party branches, the number of members required, the membership fees, and the capital funds of the parties.

They proposed that setting up a new political party should not be too difficult in order to encourage people to engage in politics.

NLA member Somjet Boonthanom, chairman of the NLA’s law vetting committee, revealed some observations raised by political parties and academics regarding the bill.

Firstly, he said many people shared the same impression that the law made setting up a new party difficult, while it was very easy to get dissolved. Secondly, the capital fund of Bt1 million and the membership fee of Bt100 were both barriers to people entering politics and contradictory to the democratic principle.

Lastly, the strong penalties for errant political party members could scare off young blood, so it was proposed that the law be adjusted to make the punishment proportionate with wrongdoings.

In the end, the NLA accepted the draft bill in principle. Each of the draft bills would be revised to satisfy the suggestions yesterday within 45 days by two separate committees of 31 members.