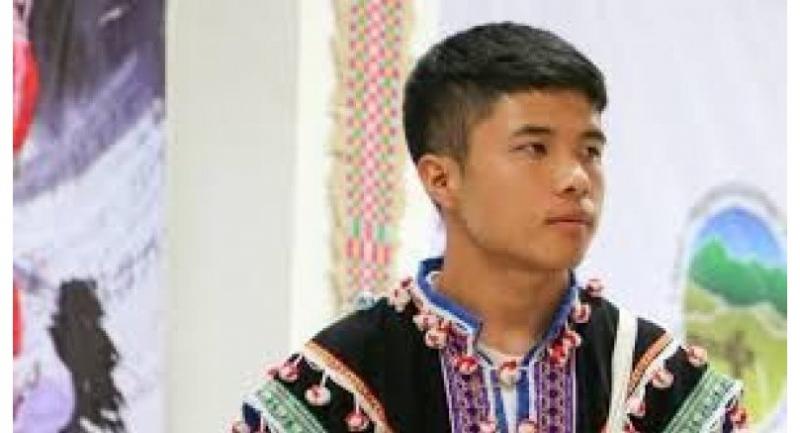 WITNESSES to the extrajudicial killing of a young Lahu activist in Chiang Mai say they are afraid of being threatened, while CCTV footage taken at the scene of incident, which is the prime evidence in the case, still has not been handed over to police.

The Centre for Protection and Revival of Local Community Rights (CPCR) will hold a press conference today with representatives from Chiang Mai University highlighting what they say is a lack of progress in the inquiry into of the killing of Chaiyapoom Pasae, an 18-year-old ethnic Lahu man.

“From what we know, not just the CCTV footage but the results of forensic tests have not yet been given to police investigator,” CPCR director Sumitchai Hattasan said yesterday.

The press conference at 1pm today at Chiang Mai University’s Faculty of Social Science, which organised the event along with the university’s Legal Research and Development Centre and the CPCR, will push for a transparent and thorough investigation.

“We hope to send a message that everyone should help ensure police investigators can work independently and transparently,” Sumitchai said, apparently out of fear over interviews given by senior figures in defence of the soldier who pulled the trigger.

Chaiyapoom was shot dead at a military checkpoint in Chiang Dao a month ago. The military claim he was carrying more than 2,800 meth-amphetamine pills and threatened soldiers with a knife and a hand grenade, so he was shot him in “self-defence”.

Cross Culture Foundation lawyer Preeda Nakphew, a supporter of Chaiyapoom pushing for a thorough investigation, said recently there had not been much progress in the case as witnesses were concerned about their safety if they tell the truth.

“I have talked with the witnesses in this case and the family members of Chaiyapoom, and they expressed concerns about their security and worry about threats from military officers if they speak the truth from their side,” Preeda said.

He said he could not identify the witnesses because of security reasons, but all civilian witnesses that he had talked to insist that Chaiyapoom was unarmed and had been beaten before he was shot to death.

However, Chiang Mai Police deputy commander Pol Colonel Mongkol Samparaphon said there had not been any threats against witnesses and authorities could ensure their safety.

Mongkol said police were close to finishing the gathering of evidence for the case, as almost all witnesses had been questioned and the final results of the autopsy had been delivered. “Unfortunately, we cannot disclose the details of our interrogations or the autopsy results, because it would affect the case, but I can assure [the public] that the police have gathered many good pieces of evidence,” he said.

He admitted that police still did not have the surveillance camera footage from the scene, which purportedly shows soldiers conducting a search of Chaiyapoom’s car. “We tried to contact the military twice, asking them to send a copy of the footage to us as evidence in the case, but the military still did not send it and I cannot disclose the reason why they have refused to hand in the footage,” he said.

Preeda said had been trying to gather evidence along with police to find the truth about the incident. “Right now the most important evidence is the CCTV footage that captured the scene at the military checkpoint, which has been kept secret in military hands. We demand that the Army hand it over to the police and disclose it to the public,” he said.

“It is against the principle of human rights to kill anyone like this, so our goal is to find the truth about the case and if the soldiers’ action was too excessive.”