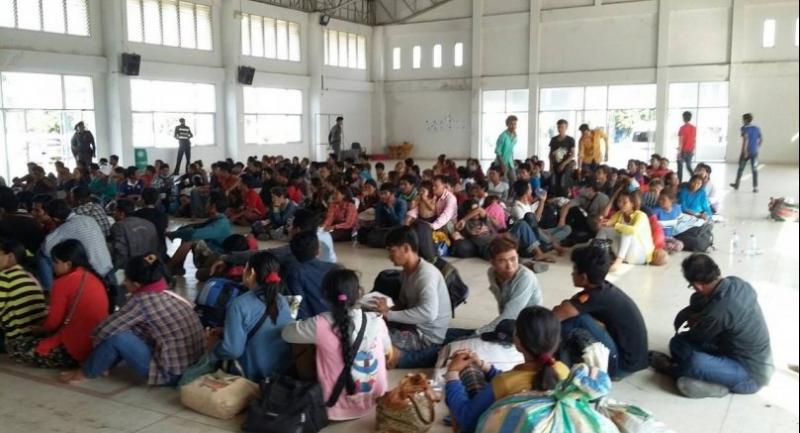 More than 500 Cambodians have been arrested during separate raids for illegally entering Thailand in Sa Kaew’s Wang Nam Yen district.

Sa Kaew police chief Pol MajGeneral Yingyot Thepchamnong said 200 Cambodians were found hidden in a house and the longan orchard belonging to a couple, Panas and Noi Plathong, in the district.

The raid was conducted after police received a tip-off about their presence in the district.

A Cambodian who identified himself only as Wue, 25, of Battambang province in Cambodia, said that he had previously worked as a construction worker in Chacheongsao province for about Bt300 per day.

However, he returned home during the Songkran festival earlier this month and to come back to Thailand he had to pay a middle man Bt2,500 to take him to his destination.

He and 200 others Cambodians sneaked on foot from Cambodia to the border province of Sa Kaew on Tuesday and arrived in Thailand at about 9pm. They then gathered at the field before being arrested.

Yingyot said that the arrests were the work of combined forces.

He said some of the Cambodians had walked for three days before arriving in Sa Kaew and hid in the orchard waiting for transportation to their destinations.

Officials will provide them with food and shelter on a humanitarian basis before deporting them. Police will extend the investigation into the smuggling ring that brought them into the country, he said.