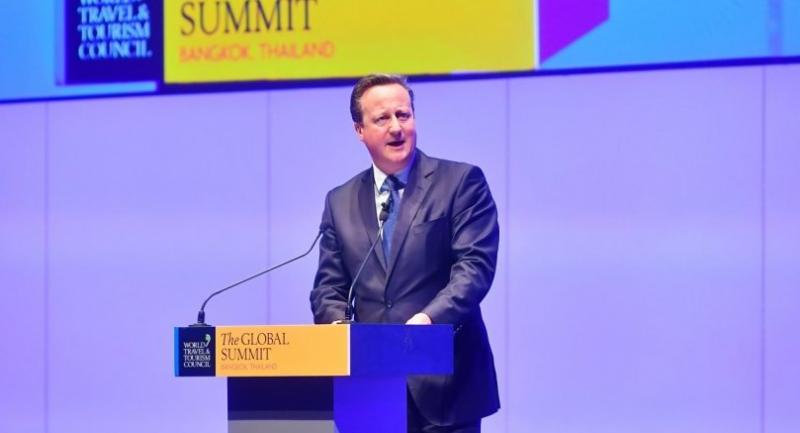 In a keynote speech at Wednesday’s World Travel and Tourism Council (WTTC)’s summit in Bangkok, Cameron, who resigned from the premiership following the Brexit vote in June, said US President Donald Trump’s travel ban against six predominantly Muslim nations was the biggest problem facing the tourism industry, even though the ban had been stopped by US judges.

Regarding new technology, Cameron said governments should use more biometric data and other advanced systems to strengthen border controls and screen international tourists.

Regarding Brexit, which his government had campaigned against, Cameron said the vote for Britain to leave the European Union could be seen as representing a reversal of globalisation as some people felt they were being left behind.

However, Cameron said he did not believe that globalisation was a failure but agreed it needed to change course. British voters wanted to leave the EU because they felt the pace of immigration went too fast and too far.

In this context, better technology was needed for border controls and the screening of international tourists, but the answer was not building a wall, as sought by US President Trump, Cameron said.

Biometric data and other technologies should be used in visa and immigration processes as freedom to travel as well as free trade were among the best measures to ensure peace, he said.