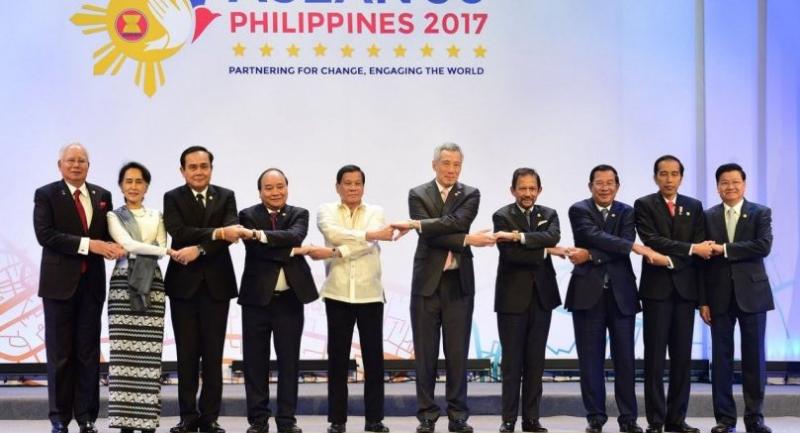 By THE SUNDAY NATION, AGENCIES

THE contentious South China Sea loomed large at the Asean Summit in Manila yesterday as member countries were in disputes again on how to address the issue amid pressure from Beijing.

Philippine President Rodrigo Duterte, who chaired the meeting, faced pushback in his efforts to weaken Asean resistance to Chinese expansionism in the contested sea.

Duterte was due to release a chairman’s statement at the end of the summit that ignored an international tribunal ruling rejecting China’s sweeping claims to the strategically vital waterway.

In his opening speech, Duterte tried to avoid mentioning the territorial conflict with China, broadly referring to “disputes” which member states of the Association of Southeast Asian Nations (Asean) must resolve peacefully based on relationship that is grounded on “mutual respect and benefit”.

Many Asean members including the Philippines and Vietnam have territorial disputes with China over the South China Sea. But Manila took softer stance toward Beijing after Duterte took office last year.

However, other Asean members at the summit, unhappy with intense Chinese lobbying of the Philippines, sought to toughen up the chairman’s statement and there were hot debates on the issue leading up to the summit yesterday.

“It can’t be seen that Asean has totally given in to Chinese pressure,” a Southeast Asian diplomat in Manila for the event told AFP.

Duterte’s chairman’s statement, which is meant to reflect the views of all Asean leaders, will voice concern but not mention the ruling nor China directly, according to excerpts of the latest draft yesterday obtained by AFP.

China, through its ambassador to Manila, had this week been heavily lobbying Duterte to weaken it further, delegates and diplomats said. China had wanted Asean to remove a reference to “respect for legal and diplomatic processes”, and it was taken out of the South China Sea section of the latest draft of the chairman’s statement.

Filipino diplomats said the phrase was important because “legal and diplomatic processes” encompassed the entire process of the filing of the case in the tribunal until its resolution.

Nevertheless, the new draft statement reintroduced a call for no further “land reclamation and militarisation” of the sea.

“We reaffirmed the importance of enhancing mutual trust and confidence, exercising self-restraint in the conduct of activities, avoiding actions, such as land reclamation and militarisation that may further complicate the situation,” according to the latest draft of the chairman’s statement seen as of press time.

Diplomats said the reinclusion of the reference to land reclamation and militarisation meant that some Asean countries were not comfortable with “total acquiescence” to China.

On other issues, Asean leaders have instructed officials to try and conclude a region-wide free-trade pact by the end of this year, the grouping’s top official said.

Leaders of the 10 member states will take stock of progress on the Regional Comprehensive Economic Partnership (RCEP), according to The Straits Times.

Also on the agenda as leaders mark Asean’s 50th anniversary are security on the Korean peninsula, Asean’s relations with key partners and the challenge of extremism.

Giving an update on the RCEP in an interview, Asean secretary-general Le Luong Minh said progress has been made, and two important chapters in the 15-chapter agreement had been finalised in the latest round of negotiations.

Minh noted that Asean remains an attractive trading partner amid a growing wave of populism and protectionism globally. The grouping had a combined gross domestic product of US$2.5 trillion last year. The RCEP, when sealed, would be the largest trade bloc in the world.

“The RCEP is more important now not only for Asean economies and countries, but also the other participating countries,” Minh said.

Asean proposed the trade agreement in 2011 as it sought to deepen economic integration with six of its key partners: Australia, China, India, Japan, New Zealand and South Korea.

Negotiations began in 2013, and there have been 17 rounds of talks so far, but the original 2015 deadline was missed. Minh said there had been difficulties as some non-Asean countries involved did not have bilateral free-trade agreements.