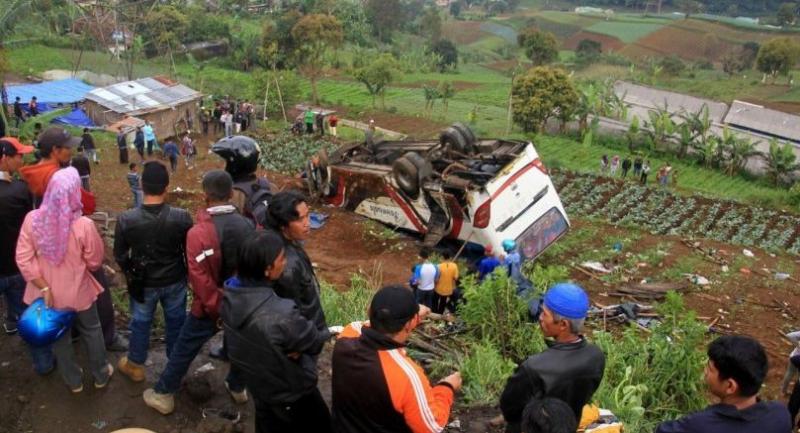 Residents look at a collapsed bus at a mountain road in Cianjur, Indonesia, 30 April 2017. At least 12 people were killed in a deadly accident that took place in Ciloto Cianjur mountain road.// EPA PHOTO

JAKARTA - At least 11 people were killed Sunday when a bus rammed into several other vehicles in Indonesia's West Java province after a suspected brake failure, police said.

The bus hit four cars and motorbikes before tumbling down a slope. The bus driver and some of the motorists were among the dead.

Transport accidents are common in Indonesia, where buses and trains are often old and badly maintained.